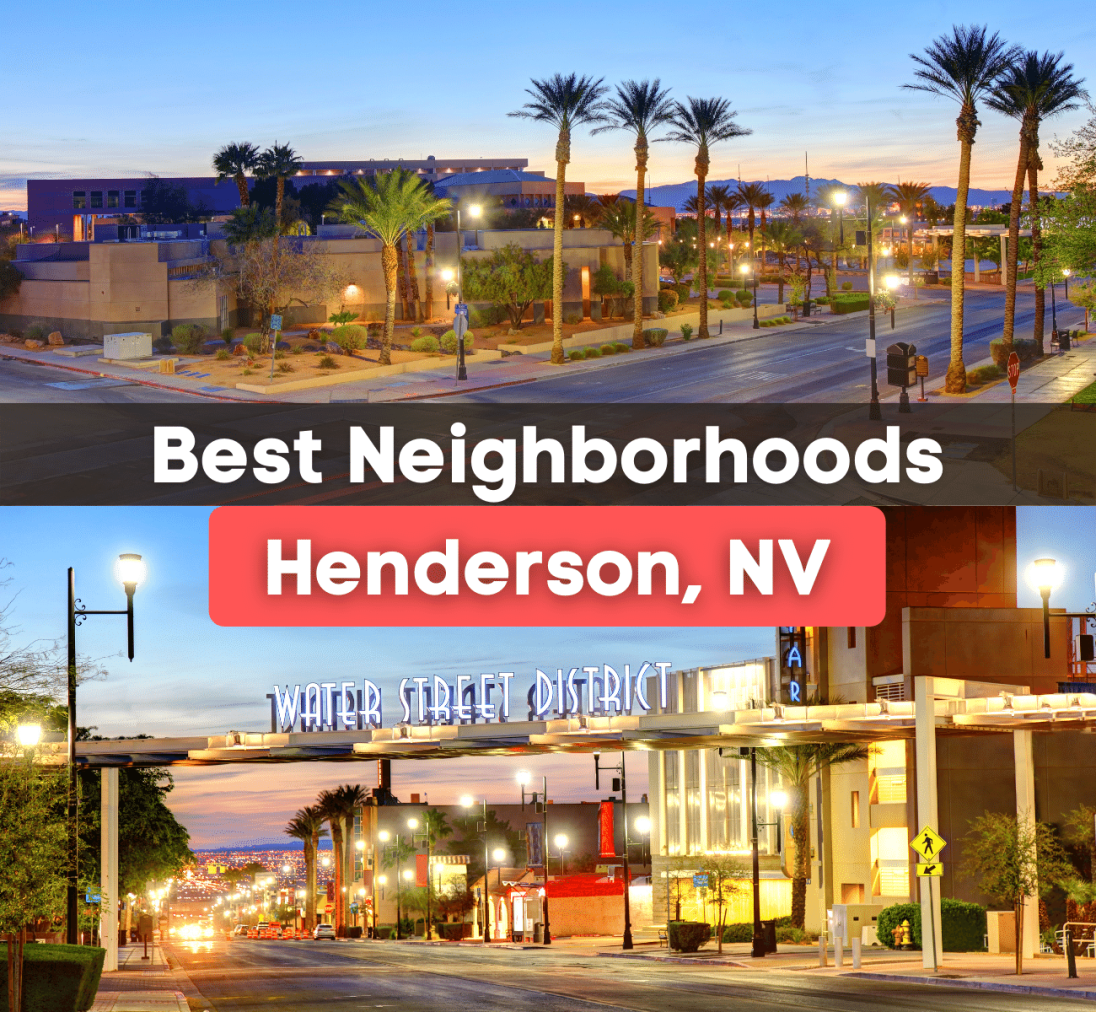 Best Places to Live in Henderson

Here are the ten best places to live in Henderson, NV, with local information on each neighborhood!

If you are moving to Henderson, Nevada, and want to know the best area to live in, this guide is for you. With a family-friendly atmosphere, an abundance of outdoor recreation activities, world-class entertainment, and a top-rated dining scene, Henderson has been named one of the best places to live in Nevada and one of Nevada's best cities for education. Considered to be a Las Vegas suburb, Henderson is located only 16 miles from Las Vegas and is a sought-after place to live since it is a quiet and laid-back city just south of the Las Vegas Strip.

This thriving community is home to a growing population of over 324,000 people, which makes Henderson the second largest city in Nevada. With a population growing at a rate of 1.8% through 2025, Henderson is attracting many families, young professionals, and retirees to the area due to its year-round sunshine, warm winters, zero state income tax, and award-winning school district. 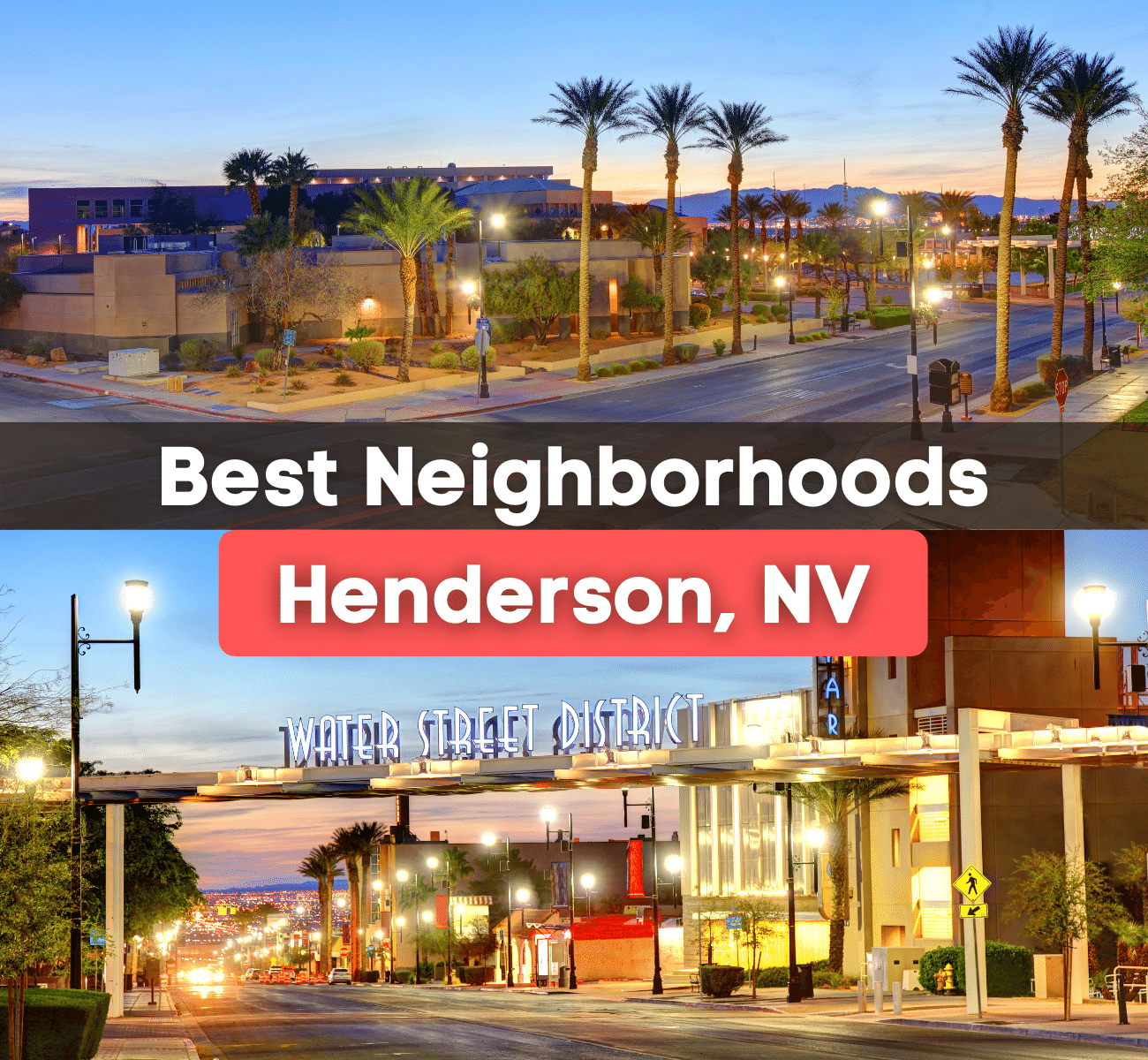 Check out these great neighborhoods in Henderson!

Named one of the best places to live in Henderson and Clark County, the neighborhood of Green Valley Ranch is the place to be. Home to a population of over 17,222 people, this 1,310-acre master planned community has up to 775 acres of residential neighborhoods, 310 acres of retail and office space, and more than 200 acres of parks, schools, bike paths, walking trails, churches, and recreational centers. Also, with the location of multiple medical facilities and a planned resort gaming hotel named the Green Valley Ranch Resort Spa and Casino, living here is a lifestyle experience. 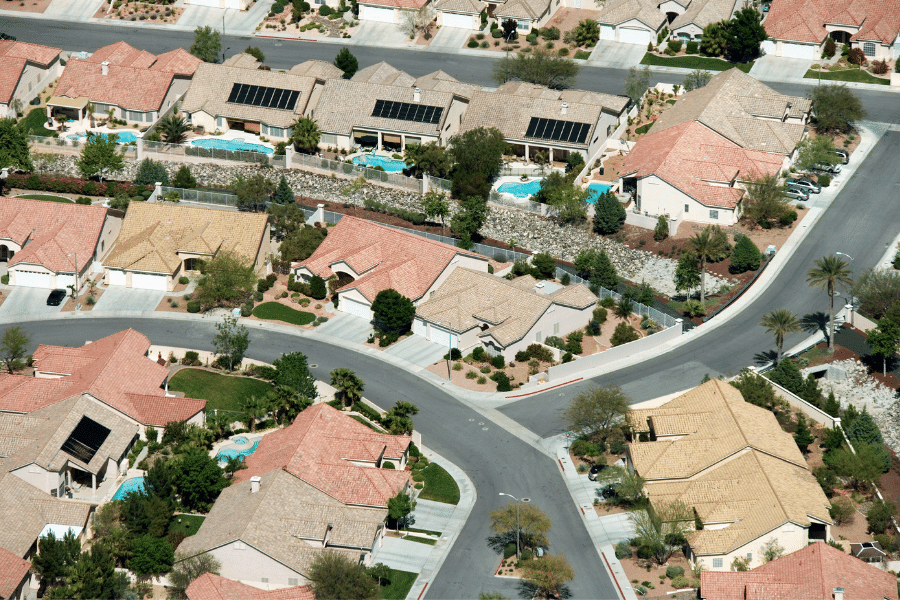 First founded in 1978 by American Nevada Corporation, Green Valley North is the first master-planned community in Southern Nevada built before Summerlin. Considered to be a good neighborhood, Green Valley North has a population of over 39,476 people and has an area size of around 8,400 acres in the southeast part of the Las Vegas Valley. Offering its residents a dense suburban feel, this neighborhood is quiet, kid-friendly, and great for growing families.

Green Valley South has a population of 24,130 and is a top neighborhood in Henderson. Known for having the sixth lowest crime rate in the nation, Green Valley South is an ideal place to live just outside Las Vegas for families and young professionals. Offering its residents a dense suburban, most residents own their own homes and can be found at one of the neighborhood's famous coffee shops, parks, and restaurants. Some of the best schools that serve the area include Advanced Technologies Academy, Pinecrest Academy St Rose, and Coral Academy of Science - Las Vegas Sandy Ridge. 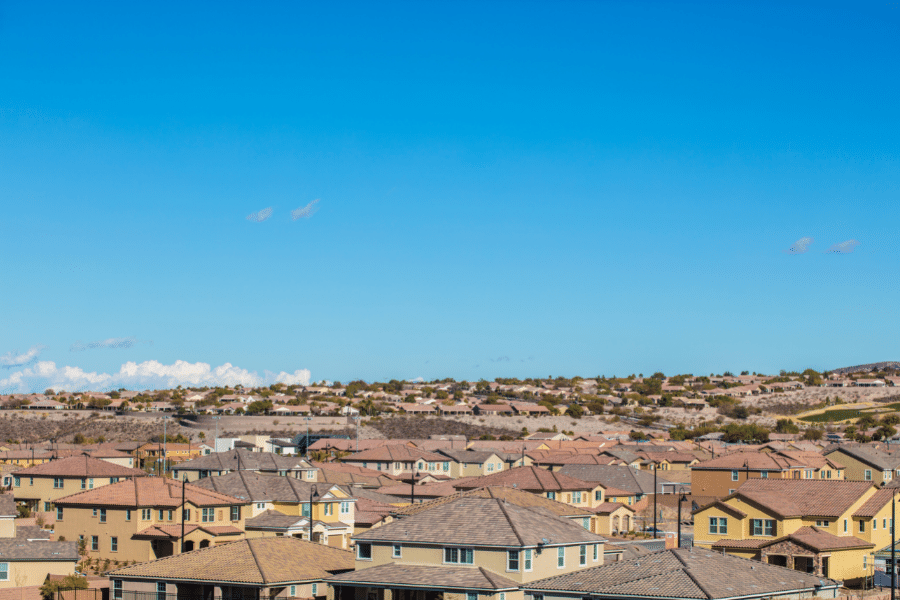 With over 10,000 people, the master-planned community of Whitney Ranch can be found in the southeast corner of the Las Vegas Valley. Surrounded by plentiful parks, picturesque hiking trails, and entertainment options, Whitney Ranch has quickly become a virtual community in the heart of Henderson. Featuring a variety of two-story single-family homes and townhomes, most homes in this neighborhood range from 1,930 to 3,180 square feet and include three to five bedrooms.

Full of condos, apartments, and luxury homes, the neighborhood of Gibson Springs offers residents a dense suburban feel. Gibson Springs, home to many young professionals, has a population of 15,315 and has been ranked as the fifth most diverse neighborhood in Henderson. Found near two major interstate highways, including I-215 and NV-564, traveling around town is easy when living in Gibson Springs.

Lake Las Vegas is a 320-acre reservoir with a 3,592-acre developed area around the pool, often referred to as the Lake Las Vegas Resort. Definitely, worth the visit and the move; Lake Las Vegas is a spectacular resort destination and residential area with over 3,000 homes and 11,000 hotel rooms. Providing championship golf courses, fantastic dining experiences, and fun on the water, Lake Las Vegas is an oasis in the southern Nevada desert that resembles a beautiful Mediterranean-inspired village. 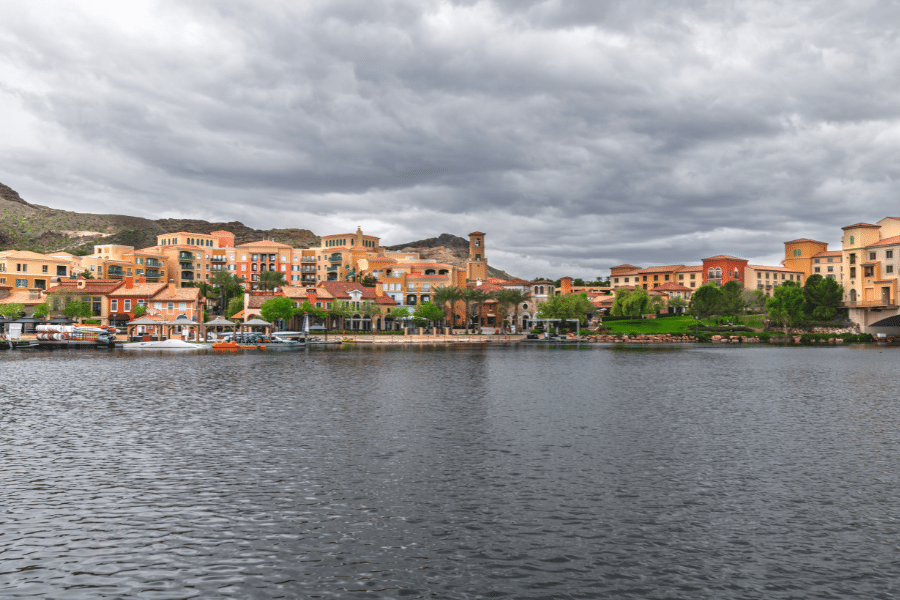 The gated community of McCullough Hills is best described as quiet and quaint, with few houses. With a population of over 16,300 people, this neighborhood in Clark County has multiple walking trails, biking trails, and outdoor activities since beautiful natural areas surround McCullough Hills. This safe and clean neighborhood offers the perfect environment for families and seniors to call home. For those moving with school-aged children, some of the best schools in the area include Ulis Newton Elementary School, Jack and Terry Mannion Middle School, and Foothill High School.

Mission Hills is one of the most popular condominium communities in Henderson. Home to a population of just under 5,000 people, Mission Hills, is found within minutes of top restaurants, local shops, and clean parks. Mission Hills has been ranked as the 13th best neighborhood in Henderson for young professionals, offering its residents a sparse suburban feel. Perfect for those who want to stay away from busy city life but still have access to it, Mission Hills is quiet yet convenient. 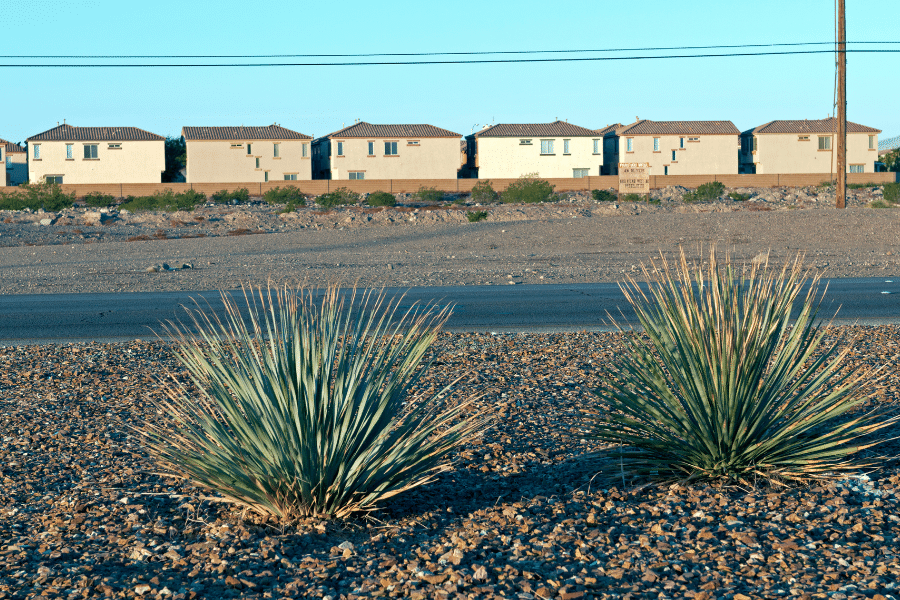 Anthem is a top-rated master-planned community in Henderson that Del Webb Corporation developed. First opened in 1998, Anthem offers residents a sparse suburban feel with some of the city's most beautiful views and mountains. Known as a 55+ community at the foothills of the Black Mountains, Anthem is an excellent place to live where most residents own their own homes. Known for having one of the highest average household incomes by zip code in the Las Vegas Valley, the average household income of residents in Anthem is $131,455.

Where do you see yourself living in Henderson, NV?

No matter if you see yourself living near Lake Las Vegas or in the desirable neighborhood of Green Valley Ranch, there is no shortage of fantastic neighborhoods and communities to choose from when moving to Henderson that will meet your budget and lifestyle. Contact us today to connect with one of our talented and knowledgeable Realty Specialists if you are ready to find a neighborhood that best suits you. We are prepared to answer any questions you may have and assist you in your Henderson home search.