8 Things to Know BEFORE Moving to San Francisco, CA

Are you moving to San Francisco, CA? Here's what it's like living in San Fran! 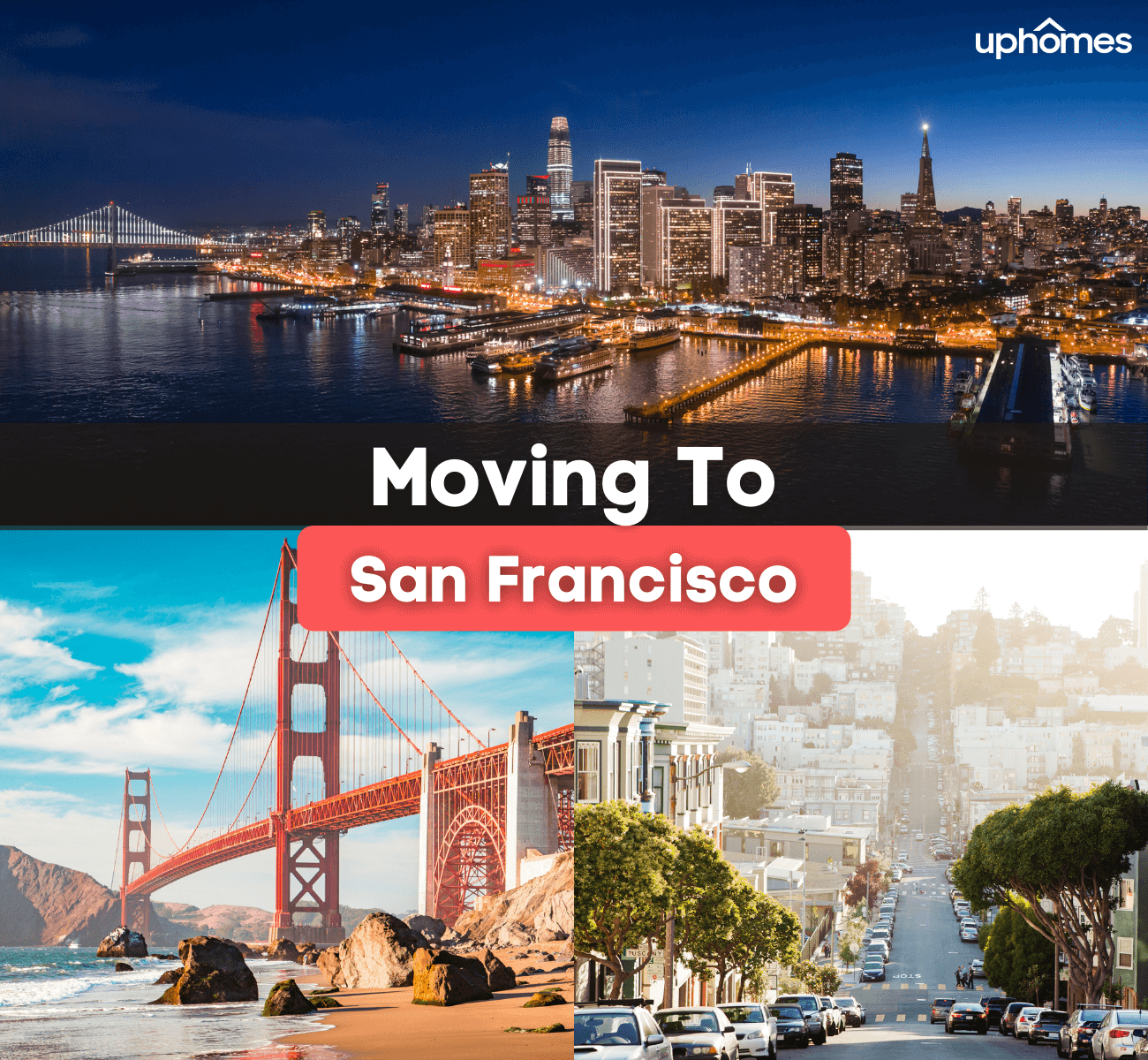 Nicknamed The Golden City, San Francisco first gained popularity in the year 1848 thanks to the California Gold Rush. Bringing in saloons, hotels, and banks to the area, San Francisco soon became a go-to destination on the hunt for gold. What was once a booming hub for miners has since turned into the bustling city that it is today. Now beloved for its outstanding food scene, cool weather, historical landmarks, and flourishing business opportunities, San Francisco is totally a city worth moving to. While San Francisco may have its fair share of crime, it is certainly not any more dangerous than any other large city. If you are moving to California, consider moving to San Francisco. Read on to learn more about the 8 Things to Know BEFORE Moving to San Francisco, California! 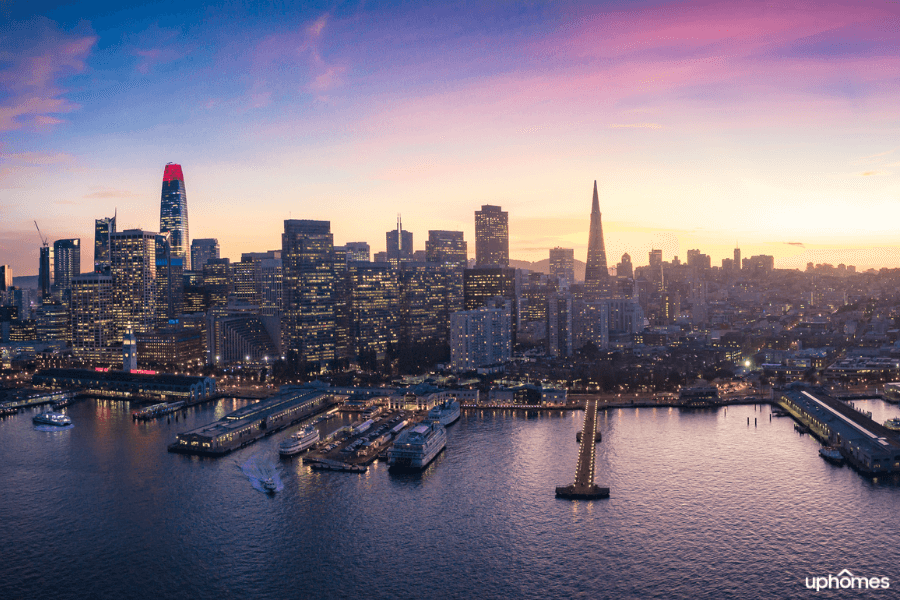 1. Living in San Francisco is expensive.

Sadly, it’s true. San Francisco is one of the most expensive cities in the United States. In fact, it ranks as the number two most expensive city in the country just behind New York City with a cost of living that is 80% higher than the national average. Home to the most billionaires in the world, find mansions and estates of CEOs and geniuses including the creator of PayPal on Billionaire’s Row in the city. While San Francisco may be a top tourist destination, living here definitely comes with a price tag. Crazy enough, families that live in the city and make a salary of $117,000 annually are considered to be low income. In order to live comfortably and pay bills, residents will need to be making no less than $120,000 a year with the possibility of still not having enough money to save. If you want to live in the Bay Area, residents are only considered “wealthy” if they have a net worth of $3.8 million according to a new study. Compared to Los Angeles, San Francisco is definitely the most expensive out of the two.

2. The housing market is competitive.

With a cost of living that is so high, it is no surprise that the housing market is just as expensive and competitive. Even though prices are through the roof, homes are known to sell pretty quickly. The longest amount of time that a home is on the market in San Francisco is 18 days. The median home price in the city is $1.7 million and the prices continue to increase. Rent is also some of the most expensive in the country. The average rent for a three-bedroom is around $5,700 a month. Even if you are working at a world-class technology company in Silicon Valley, it is not likely that an average individual can afford to dish out that much money just for an apartment. If you are moving to San Francisco, searching for a roommate to split the cost may be a great option. Due to the insane housing prices, it is no surprise why the city has such a large homeless population. As of 2019, a total of 8,035 homeless people occupied the streets of San Francisco and the numbers continue to rise as the prices gradually get higher. If you are wanting to move to the Bay Area but are on the search for cheaper housing, searching for spots just outside of the city might be more affordable. 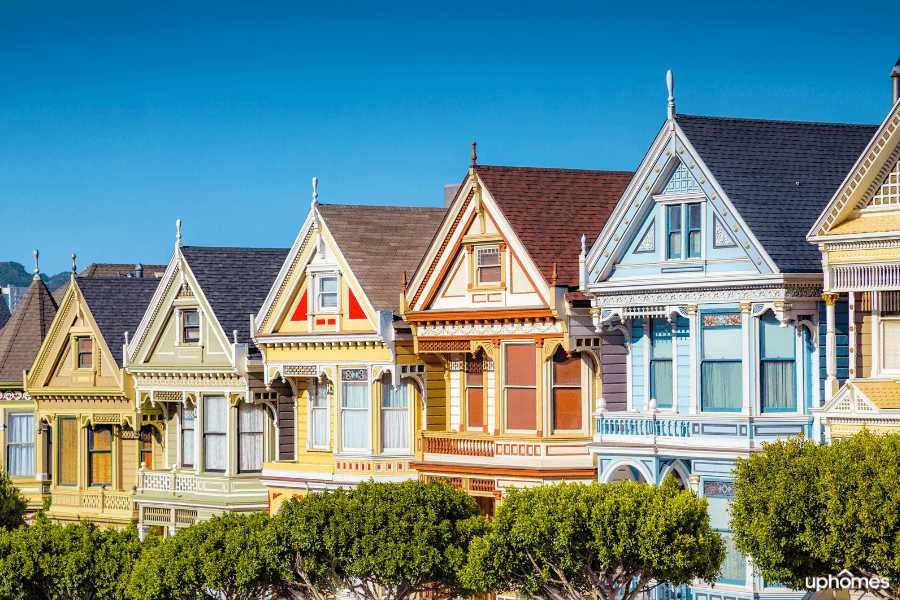 3. It matters what neighborhood you live in.

San Francisco is a unique city in the fact that it is split up into multiple districts and distinct neighborhoods each with its own culture and charm. Divided into five districts including the Downtown area, Richmond, Sunset, Upper Market/South Central, and Bernel Heights/South East, these districts are then divided into neighborhoods with their own certain lifestyle and types of residents. Depending on where you choose to live in San Francisco will describe who you are as an individual based on specific stereotypes related to each neighborhood. For example, Haight-Ashbury is notorious for being populated by hipsters and young adults, SOMA is great for entrepreneurs and business start-ups, and the Marina is full of post-college grads and ex frat boys who still want an exciting nightlife. No matter where you decide to live, visiting each neighborhood will provide you with different experiences and things to do. Here are some of the best neighborhoods in San Francsisco.

Check out this list of the major neighborhoods in San Francisco:

4. Public transportation is the way to get around town.

Did you know that San Francisco was built on seven hills? While walking and biking all over the city is a great cardio workout and the number one way to get around, finding other means of transportation is a great idea. Since traffic and parking can be a nightmare most residents do not even own a car. Luckily, public transportation for daily commutes to and from work or across town is a fantastic option, especially on rainy days. What better way to enjoy the picturesque views of San Francisco than by riding up the hills on a cable car. Hop aboard the MUNI which is the preferred transit system that will take you all over town, ride the  Caltrain which takes you from San Franciso to San Jose, or jump on the Bay Area Rapid Transit or BART which connects San Francisco to San Jose and Oakland. 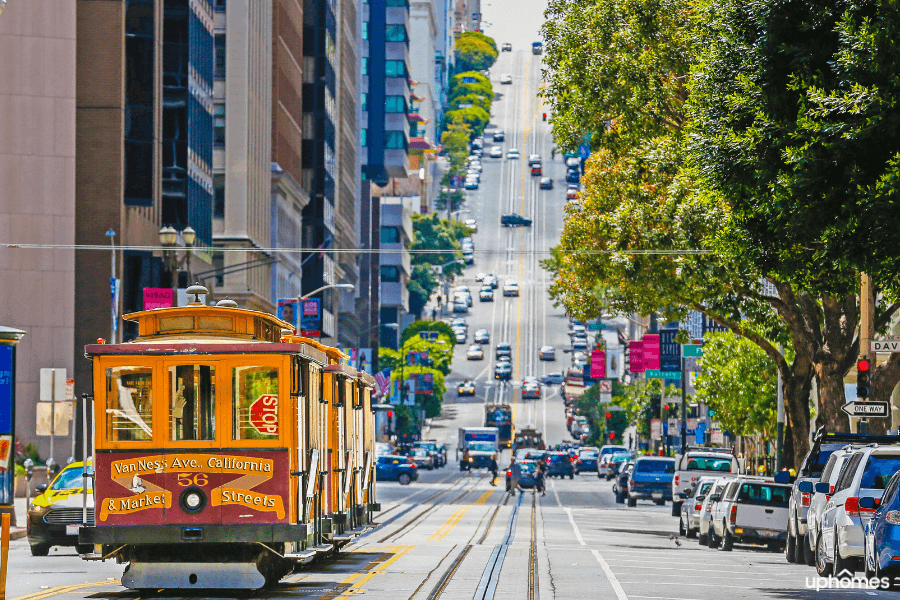 5. The weather is mild and cool.

While California is often praised for its sunshine and warm weather, San Francisco is actually quite the opposite. Still, a part of the warm and moderate Mediterranean climate that the rest of California has, San Francisco, is known to be cooler than other parts of the state and country in the summer months. Due to the fact that the city is located in a valley near the Pacific Ocean, thin air and low pressure are created which makes the city cooler than other areas. This cool air and low pressure mixing with hot inland temperatures are also what creates the cities infamous fog.

With an average high temperature of 63 degrees and an average low temperature of 50 degrees, the city can not be classified as cold but it is certainly not hot either. In the summer from June through August, expect chilly and foggy mornings and evenings with warm afternoon temperatures. The hottest month is September where the temperatures can reach into the low 70s.  In the winter from December through February, the temperatures are colder and the weather is rainy. The coldest month is January where the temperatures can dip into the 40s. It rains 72 days out of the whole year and it has not snowed in the city since the 1930s. When deciding what to wear on a day-to-day basis, residents are advised to wear layers and to always bring along a lightweight jacket since the weather fluctuates so much throughout the day.

Sitting on 6 different fault lines including the San Andres Fault, San Francisco is extremely vulnerable to earthquakes. Though they may not happen often, millions of residents live on or near active fault zones that can shift and shake at any time. Throughout the day to day, residents may feel tiny earthquakes regularly but most are not concerning since they are such small magnitude.

The last major earthquake that occurred in San Francisco was back in 1989 which reached a 6.9 magnitude, killed 67 people, and caused $5 million in reported damages. Caused by sudden friction and stress on a faultline, earthquakes are the cause of this release of friction which unfortunately can not be predicted. Scientists believe that there will most likely be another large magnitude earthquake in San Francisco before the year 2030. When buying a home, it is advised to purchase earthquake insurance.

In case of an earthquake, follow these safety precautions: 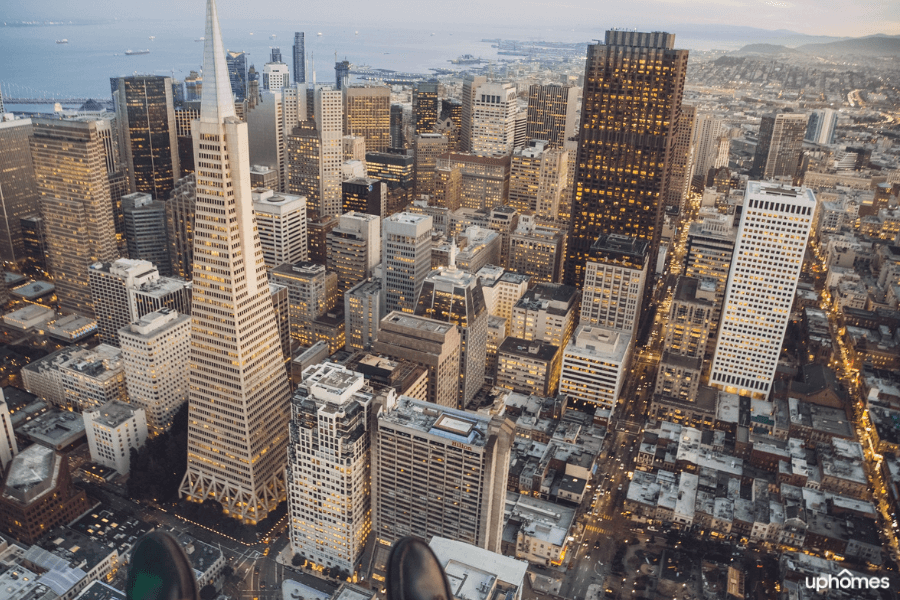 7. There is always something to do.

There is a reason why San Francisco is one of the best cities in California and a top tourist destination. With so many things to do, visit museums, historical sites, and some of the most sought-after attractions in the state of California. Whether you are looking for family-friendly activities or ideas for your next romantic date, San Francisco has it all.

Check out these local favorite and well-known attractions:

8. San Franscisco is a foodie haven.

Celebrated for its world-famous cuisine, San Francisco has become the go-to spot for foodies. Mixing global dishes with regional favorite flavors, the food in San Francisco is unmatched. Some of the most popular foods that are specific to the city include fresh bay caught shrimp, Dungeness crab, abalone, Sand Dabs, and handmade sourdough French bread. Featuring hundreds of restaurants and iconic well-known names, the food scene in San Francisco will leave you hungry for more.

Check out these local favorite restaurants: 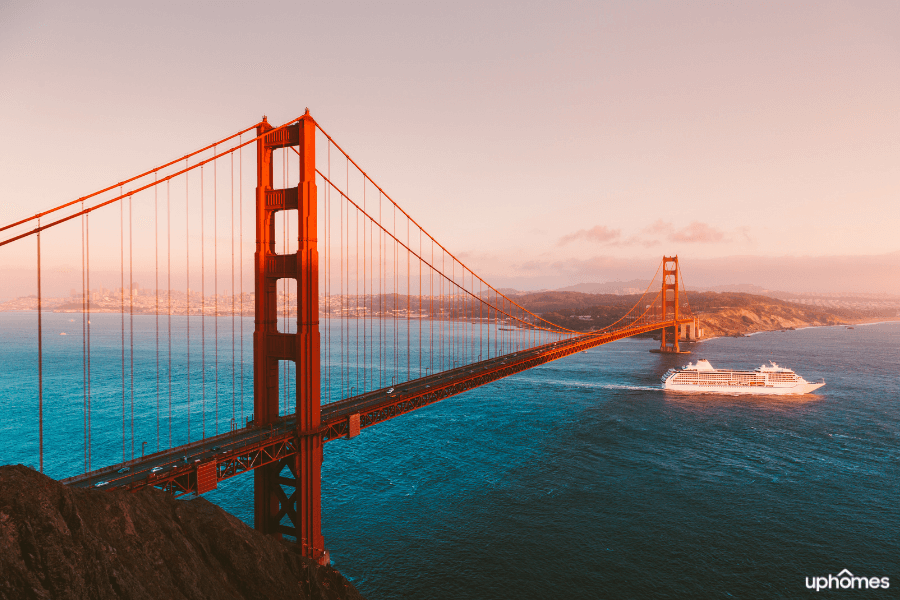 Living in San Francisco most certainly has its fair share of pros and cons. If you decide to move to the area make sure to find a home in a safe neighborhood that meets your budget. With the help of our knowledgeable Realty Specialists, learn about where you should and shouldn’t move to in San Francisco. Before purchasing a home, make sure to reach out to our team to lead you through the home buying process - Contact us today.