What's the Cost of Living in Alabama?

Living In | Moving To | Buying 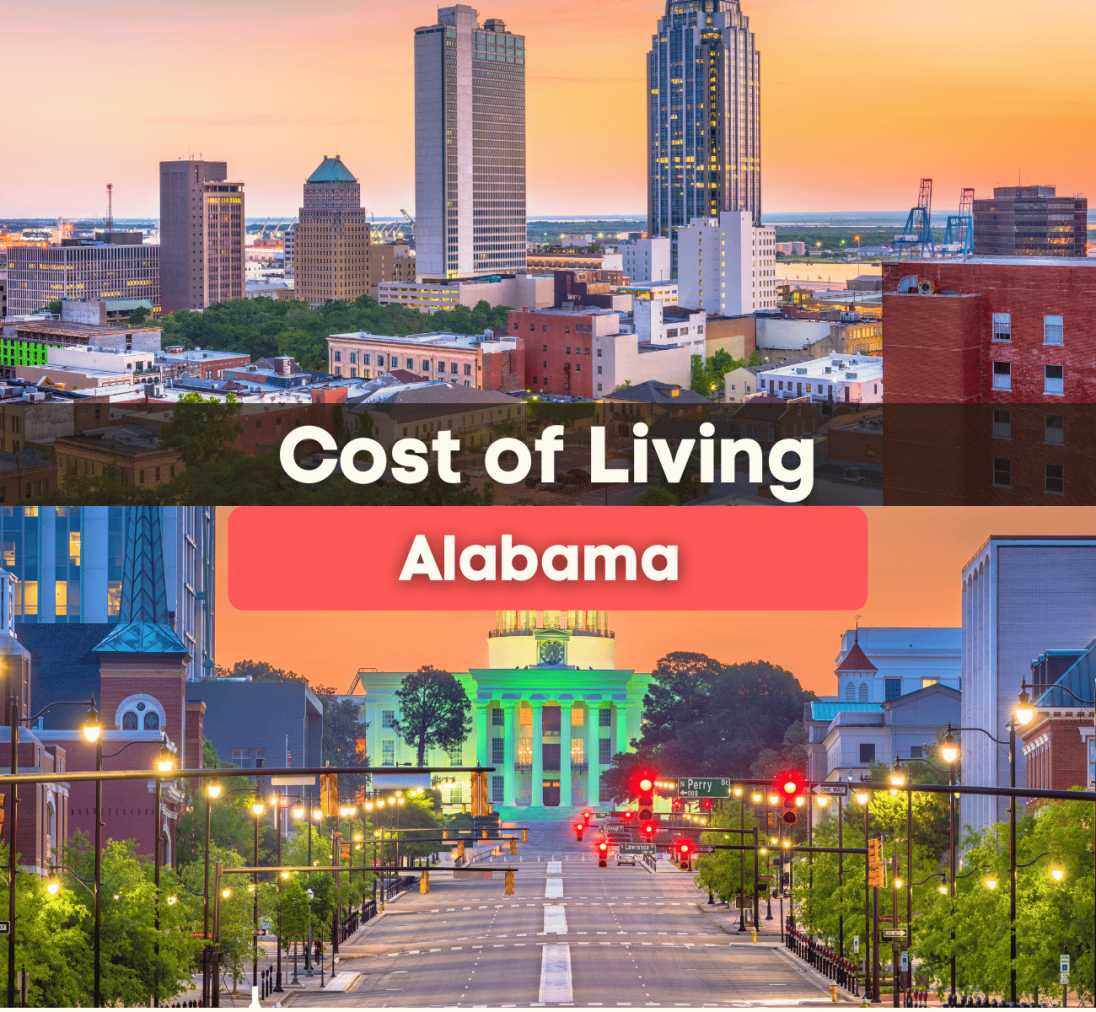 Cost of Living in Alabama

Is Alabama an expensive place to live? Let's look deeper into the costs of living in Alabama, the average household income, typical expenses, and more!

Alabama is a state that is located in the southeastern part of the United States, with a population of 5.04 million residents. Alabama is popularly known for its southern hospitality, its history of civil rights, and its low cost of living. Along with the low cost of living, the weather is one of the main reasons people love living in Alabama!

Suppose you are searching for a place to live with lower unemployment rates than the national average and want to enjoy the authentic southern experience. In that case, Alabama may be the perfect place for you! No matter where you are moving to in Alabama, whether it be Montgomery, Birmingham, or Auburn, Alabama is home to numerous affordable cities with lots to offer its residents.

This sizeable southern state has a median age of 38, making it a state of Millenials and considered one of the best states to raise young families. Loving where you live is one of the essential things when deciding to move somewhere but also being able to live somewhere comfortably.

In this guide, we will be covering the cost of living in Alabama with data that covers data from all the significant areas. These categories will help you have a better idea of what you'll need to budget to live in a place you love! 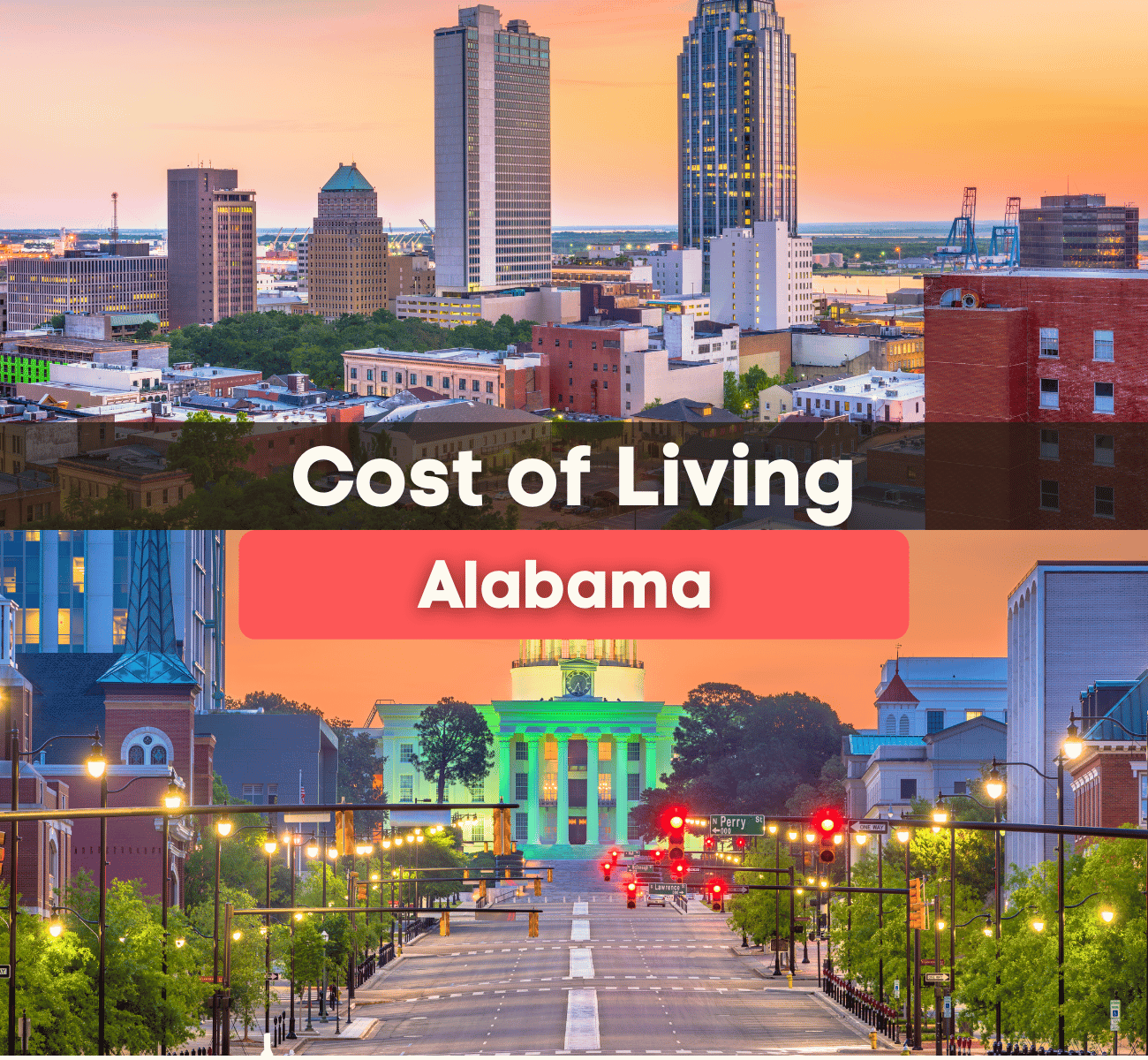 Alabama is known as one of the cheapest states to live in the country. The cost of living in Alabama is 1.1 times less expensive than the average in the United States. A typical single individual's average price is $35,859 per year.

Due to its moderate climate and location in the country, housing, food, and most of the living expenses are some of the lowest in the United States. This southern state is one of the country's most affordable places to live.

On the other hand, Alabama is one of the five states that have not adopted a state minimum wage, and its average salary ranges between the 25th percentile ($36,058) and the 75th percentile ($64,071). Finding a job is one of the most important things to do before moving somewhere new, and on the plus side, Alabama's unemployment rates are at 2.6%, so finding a long-term career here is more accessible.

Depending on their location, some areas of Alabama cost more than others, so finding somewhere comfortable to live for you or your family is essential. Comparing the cost of living throughout this large state can be tricky since every city offers something different.

Check out the overall cost of living in Alabama compared to the national average below.

5.15 percent of households in Alabama are classified as high-income households. There are many various job opportunities in Alabama, especially if you live somewhere near the capital.

The Alabama housing market remains relatively affordable despite the Alabama home price increase that the high demand has brought about. Housing costs are one of the most important things to consider when moving to a new place. Finding affordable housing is something that everyone wants, and here in Alabama, you will have many various options to choose from!

According to data collected in September 2022, the Alabama median home sale price had climbed to $281,500, and the market remains competitive, with 27% of homes selling above the asking sale price.

The sale volume has declined by 14.8% compared to the previous year, and properties are also taking longer than usual to sell but are lower than the year before. Comparing all the numbers in the housing market is essential when choosing where you want to live. Finding somewhere you love while also being able to live affordably is necessary. In Alabama, the housing market ranges depending on the home's location.

However, the available inventory is increasing, which is fantastic for people looking for houses since the housing market has not been excellent for the past two years. Alabama home prices also remain relatively affordable compared to the national average. 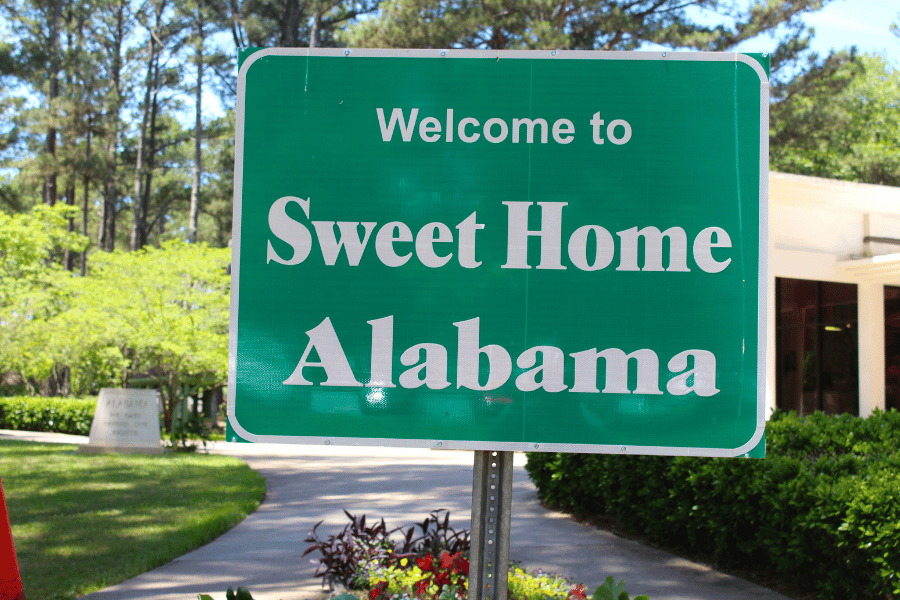 People in Alabama can expect to pay a total of $400.01 per month on utility bills. This cost includes electricity, gas, cable, and water. However, Alabama's monthly utility costs are about $40 higher than the national average.

The exact monthly bill will vary depending on your property, utility usage, and the type of services you use. For utilities in Alabama, you will be paying around the national average. The overall costs, Alabama is not extraordinarily cheap, nor is it costly.

Determining utility bills range drastically and can not be put on an exact average. Finding the right place and services in your area will significantly impact how high or low your bills will be.

Below is a chart of an average utility breakdown.

All of these prices vary depending on where you live in Alabama, so check out our best places to live in Alabama area guide for more information about where you should live in the state! If you live in a larger urban city, the cost will be higher than in a smaller city.

Alabama is considered the 25th lowest state in the United States, with the cheapest food cost. The cost can vary depending on how large of a family you feed and where you are located. Alabama's grocery costs are 2 percent lower than the national average. 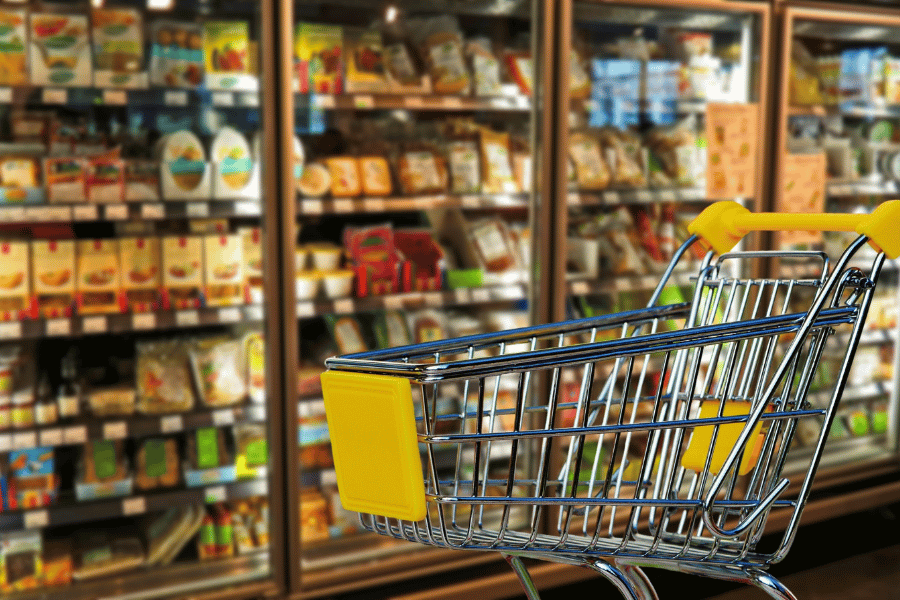 The average annual cost of healthcare in Alabama is about $5,904. Within the southeastern location, Alabama is considered to have the second lowest healthcare cost. However, healthcare costs will vary depending on the residents' age, health history, and location.

Healthcare cost has increased by 3 percent since 2021. Although two insurers are available in the state exchange, Blue Cross and Blue Shield of Alabama consistently provide the best prices on plans across all coverage tiers.

Alabama's healthcare costs are below or barely above the national average. It is challenging to get an exact average on cost since it varies widely, but you will always. Get the top care here in Alabama due to excellent medical schools and hospitals.

Below is a chart of these costs broken down from different types of family sizes. 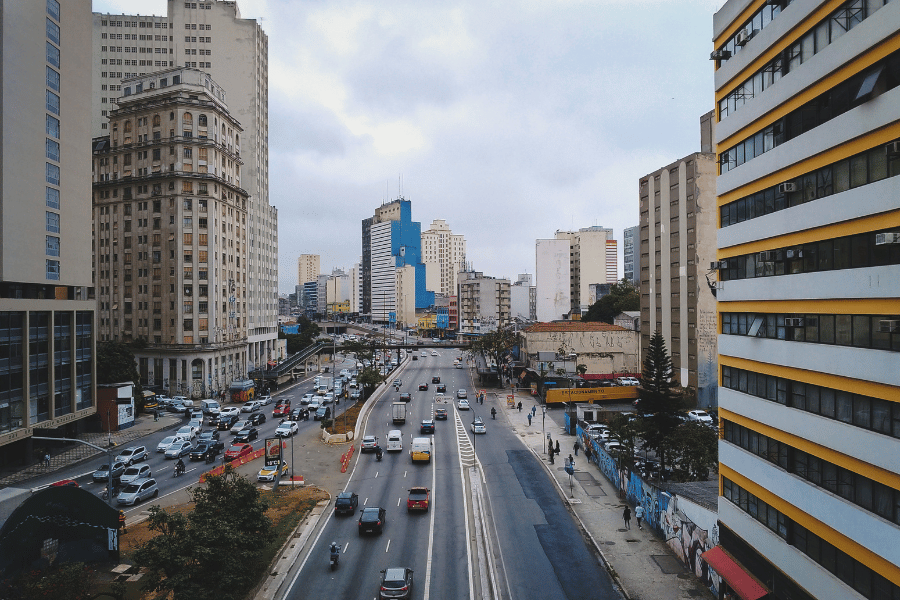 The state income tax in Alabama ranges from 0 percent to 5 percent, and the sales tax rate is 4 percent. Alabama offers tax deductions and credits to reduce tax liability, including deductions for paid medical and dental expenses, charity gifts, and adoption tax credits.

On average, the combined state and local sales tax rate is about 9.24 percent, and Alabama ranks 39th overall on the 2022 State Business Tax Climate Index.

Many things about Alabama have low costs, but sadly, the sales tax is not considered low. The high statewide sales tax puts it at the low end of state sales taxes. Certain larger cities have higher sales taxes than others, like Mobile, Birmingham, Montgomery, Auburn, and Huntsville; however, they have cheaper taxes in Alabama.

Is Alabama a safe place to live?

Alabama sadly has higher crime rates than the national average. It is ranked 44th in violent crime out of all 50 states. Due to the poverty rates, the crime rates are higher than usual.

Is it expensive to live in Alabama?

No, Alabama is considered one of the most affordable places to live in the United States. The cost of living in Alabama is 1.1 times less expensive than the national average. If you want to live comfortably somewhere you can easily, then Alabama may be for you!

Is Alabama a cheap state?

Alabama has the third lowest cost of living in the country and the second cheapest median home price, right behind Mississippi.

Is Alabama a tax-friendly state?

With an individual income tax rate of 5% in 2022, Alabama's tax system is ranked 39th overall.

Most of the year, Alabama has sunny skies and warm weather while experiencing large amounts of precipitation. If you are looking for somewhere where you can enjoy warm weather almost year-round, then Alabama is for you!

What salary do I need to live in Alabama?

Many factors come into play when deciding what salary is needed to live comfortably in Alabama. When determining if your salary is enough to live in Alabama, you need to consider the cost of living, like utilities, taxes, transportation, and more. Estimating your cost of living can help you decide where it is perfect for you to buy a home.

Finding the perfect place to live in Alabama

After considering the cost of living in Alabama, you can decide where to buy your next home. Weighing out all factors, such as the cost of goods, utilities, taxes, and more, is crucial when deciding where to live.

Alabama is considered one of the most affordable places in the United States. Due to its location, it is a very livable area for young adults and retirees. This sizeable southern state has a lot to offer you, especially on an affordable scale.

Finding an affordable place to live can make a huge difference when moving to a new home. Here in Alabama, you can easily find the perfect place for you. Being able to say you love where you live is something we want for you!

Our Realty Specialists are here to help you search for your dream home if you consider moving to Alabama. Contact us here for all of your home-buying needs! Make sure to refer to our other local area guides with information on moving to Montgomery, the best neighborhoods in Montgomery, and moving to Birmingham.