10 Things to Know BEFORE Moving to Seattle, WA 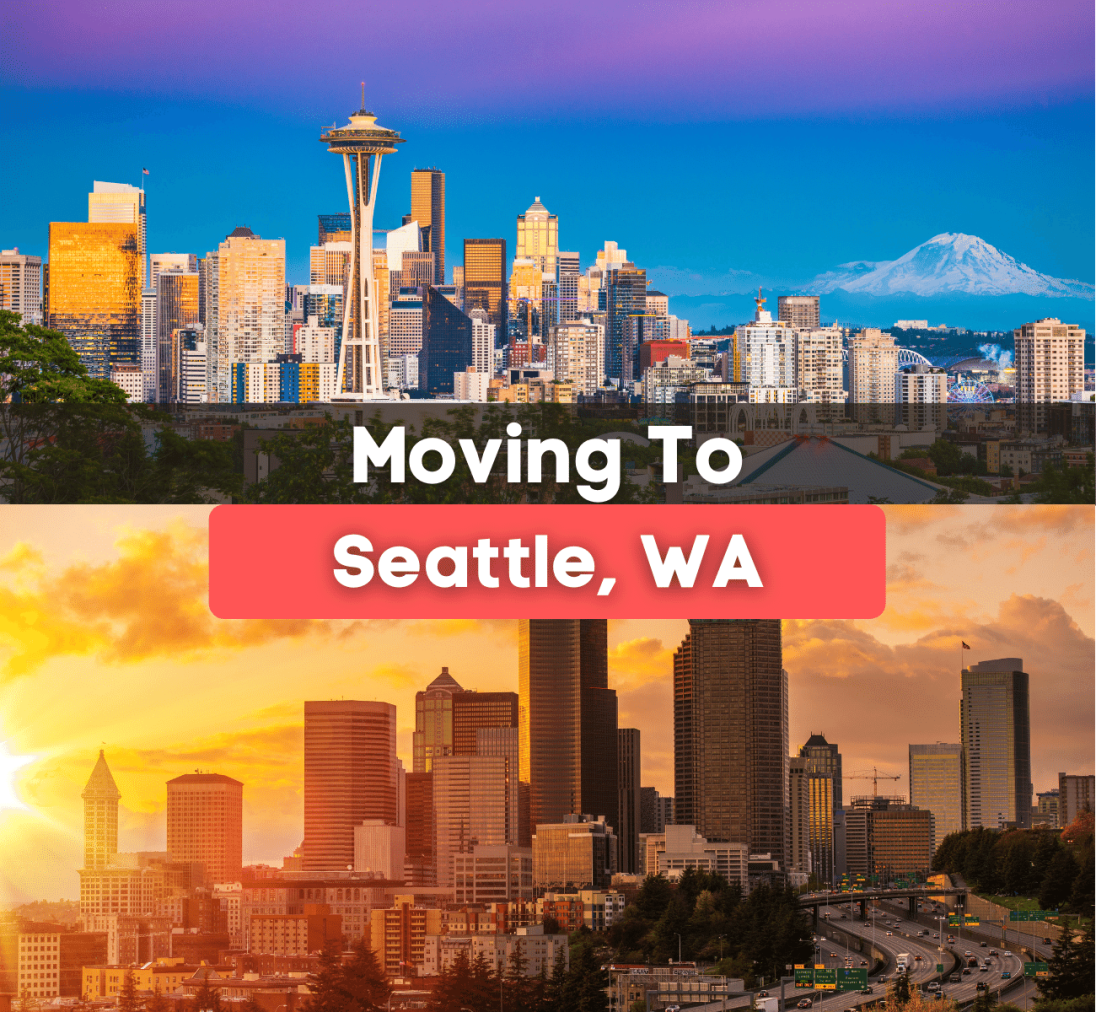 Are you considering moving to Seattle, WA? Make sure you know these ten things before deciding to live in Seattle!

Surrounded by water, picturesque mountains, and beautiful evergreen forests, the city of Seattle in Washington state is one of the most popular places to live in the Pacific Northwest. Best known as the home of Starbucks, grunge music, the Space Needle, the Seahawks, outdoor recreation, and a booming tech industry, there are approximately 57 people that move to Seattle each day.

As the largest city in Washington state with a population of over 733,000 people, Seattle offers a variety of attractions and opportunities that can not be found anywhere else. A great place to live, Seattle is a very safe place to call home, with hardly any crime towards tourists.

Bounded by Lake Washington to the east and Puget Sound to the west, Seattle is a dynamic urban city with a charming coastal setting and a thriving dining scene. Home to eclectic neighborhoods and modern, hip culture, Seattle is often considered one of the best places to live on the West Coast for singles and young professionals.

So if you are moving to Washington and are wondering if Seattle might be the place for you, then keep reading! We have put together this list of the top things to know about life in Seattle and local favorites to help you make an informed moving decision. 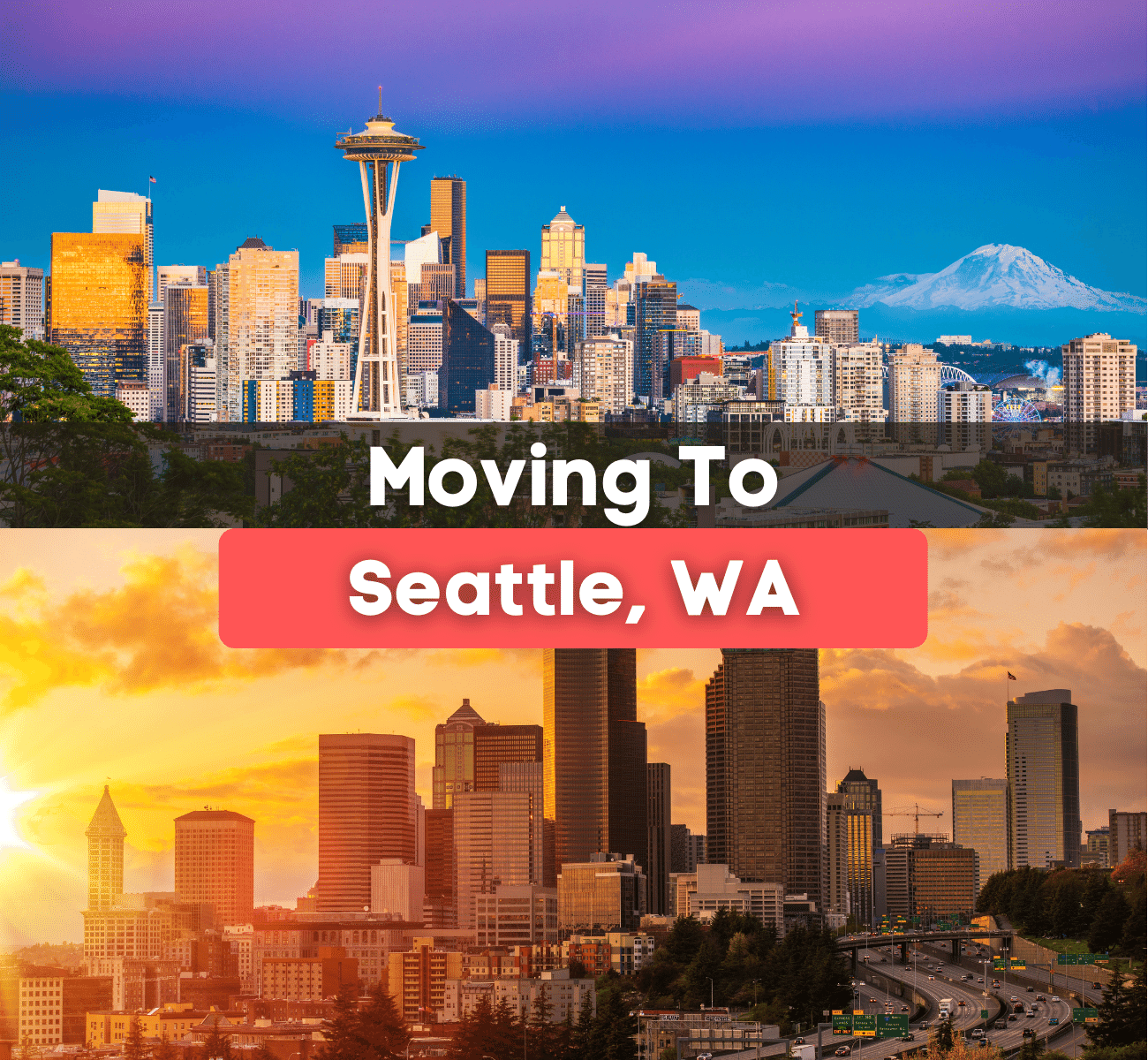 Here are the top ten things you need to know about Seattle, WA!

Seattle, Washington, is not a cheap place to live. With a cost of living that is 53% higher than the national average and 36% higher than the state average, Seattle is considered the eighth most expensive major city in the United States, right behind Boston, based on monthly household spending.

It is estimated that a family of four living in Seattle spends approximately $4,647 without rent in monthly costs. In comparison, a single person is estimated to spend about $1,289 without rent in monthly expenses. To keep up with this high cost of living, the minimum wage in Seattle as of 2022 is $16.50 an hour. To live comfortably in Seattle, it is recommended that an individual make a good salary of anything over $65,000.

Luckily, Washington state does not have a personal or corporate income tax which helps residents save money.

Real estate is the most costly expense in Seattle. With housing expenses in Seattle costing 109% higher than the national average, buying and renting a home can be challenging to afford. Known to have a competitive housing market due to supply and demand, prices and mortgage rates continue to rise. To afford a home in Seattle, it is recommended that a potential first-time homebuyer make at least $170,171 a year. For residents interested in renting, a one-bedroom apartment typically rents for an average of $2,899 per month.

With a reputation of being the rainiest city due to the number of days with precipitation, Seattle receives 150 days of rain a year and about 37 inches of rain annually. Receiving about 6.8 inches of snow per year, generally, between November and March, snowfall in Seattle is not uncommon. 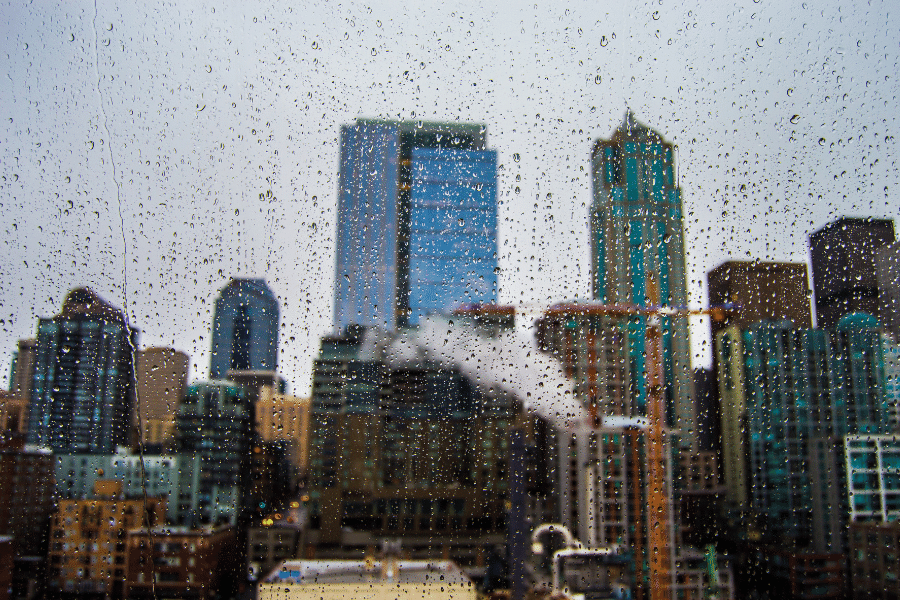 Nicknamed the Emerald City, Seattle is surrounded by beautiful greenery and scenery that can not be found anywhere else. It is home to plenty of parks, a picturesque waterfront on Puget Sound, and three national parks within a two-and-a-half-hour drive. Seattle is an outdoorsy city; its residents love hiking, biking, and exploring.

Check out these popular favorite local hiking areas and parks in Seattle, WA:

Family-Friendly Things to Do

Seattle is highly family-friendly with its vibrant culture and diversity. From museums to outdoor recreation opportunities, there are plenty of family-oriented activities to explore in the city that all ages will enjoy.

If you want to avoid paying for parking and having to navigate Seattle's busy, narrow city streets, then taking advantage of the available public transportation is a must. Traveling throughout Seattle is easy and affordable when offering multiple transit options, including a bus service, light rail trains, and a ferry. 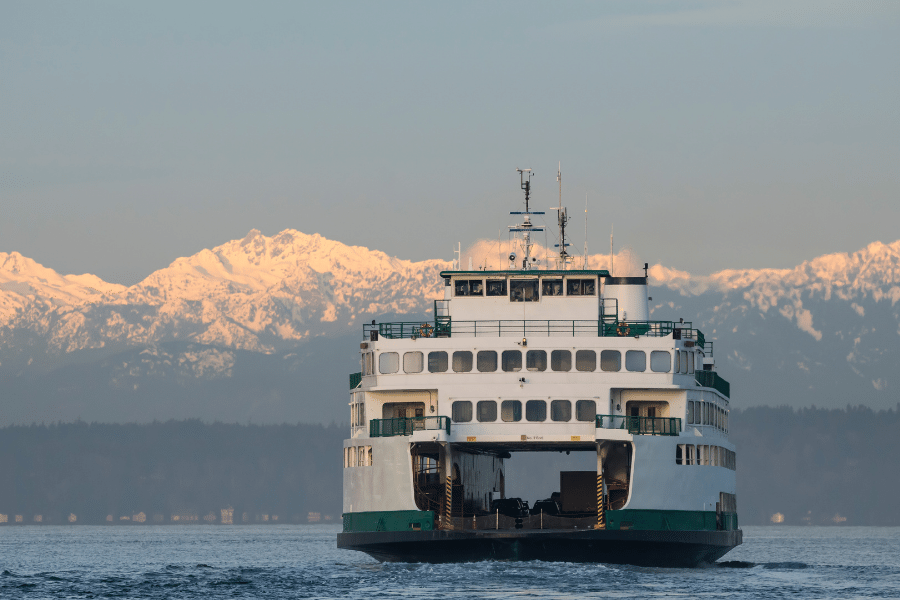 Did you know that the people in Seattle consume more coffee on average than in any other city in America? Spending an average of $36 a month just on coffee, Seattle has gained a reputation for having a prominent coffee culture. With up to 35 coffee shops for every 100,000 residents in Seattle, coffee has shaped and influenced this Pacific Northwest City over the past 50 years.

Home to the world's most famous coffee chain, Starbucks first got its start in 1971 along the cobblestone streets of Seattle's Pike Place Market. Located along the waterfront, the original Starbucks store is open today and serves freshly roasted coffee, tea, and spices from around the world. 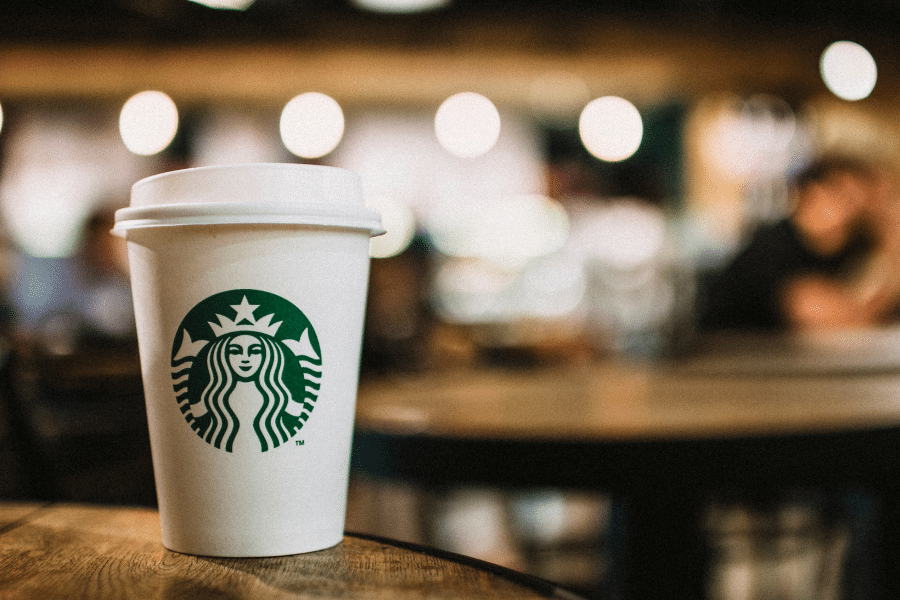 There are nearly 70 breweries located in Seattle. As a hub and pioneer in the craft brew movement, the Seattle area is home to a thriving craft brewing community specializing in high-quality craft beer. As one of the best craft beer cities in the nation, Seattle is the perfect destination if you are looking for fresh, delicious, and seasonal brews.

Known for having a healthier job market than similarly sized metropolitan areas, many individuals are moving here to take advantage of its plethora of job opportunities. With a job market that has been ranked number five in the country due to its low unemployment rate and wage growth, some of the top economic industries in Seattle include technology, aerospace, manufacturing, global health, and retail trade. With the second-highest median income in the country, some of the best companies to work for in Seattle are Microsoft, Amazon, Smartsheet, Outreach, Boeing, and Slalom Consulting. 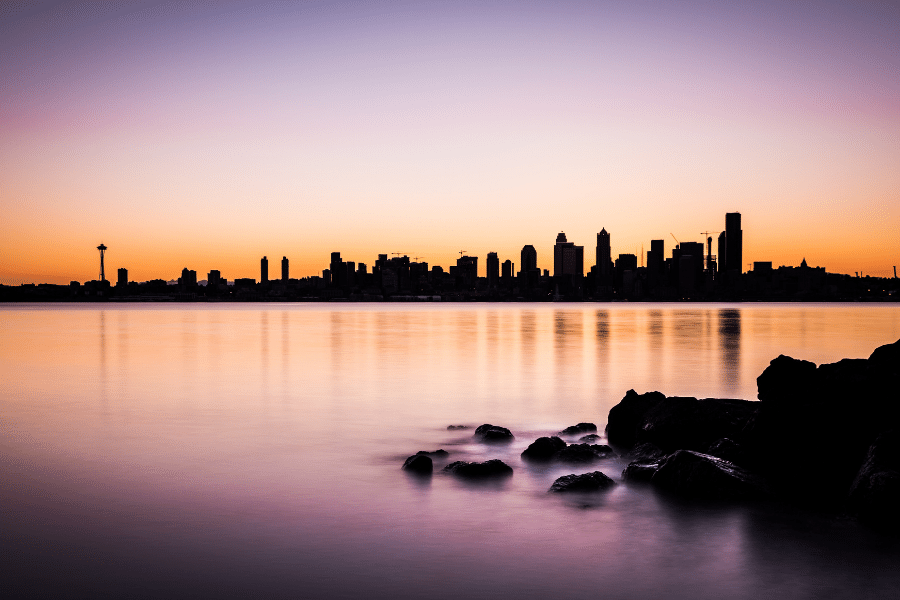 Voted as one of the most sustainable cities in the United States, Seattle is a proud green city that has found ways to incorporate green practices into every facet of life. With almost all of its electricity generated from hydropower, Seattle's moderate climate allows residents to use less energy for heating and cooling. Recycling and composting nearly 60% of its waste, this beautiful city is committed to reducing its carbon footprint and further bettering the environment.

Learn more about what Seattle is doing to protect the environment here.

Pros and Cons of Moving to Seattle, WA

Are you ready to live in Seattle, WA?

From its thriving job market to its cozy coffee shops, there are many great reasons to consider moving to Seattle. As one of the fastest-growing cities in the nation, many people who choose to call Seattle home search for carefree living, unique culture, and a hot job market.

Even though the cost of living may be high and it tends to rain often, living in this famous Washington city has more advantages than disadvantages. If you are ready to search for homes for sale in Seattle, contact us today and reach out to one of our knowledgeable Real Estate Specialists to help you find your dream home.