7 Things to Know BEFORE Moving to Redmond, WA 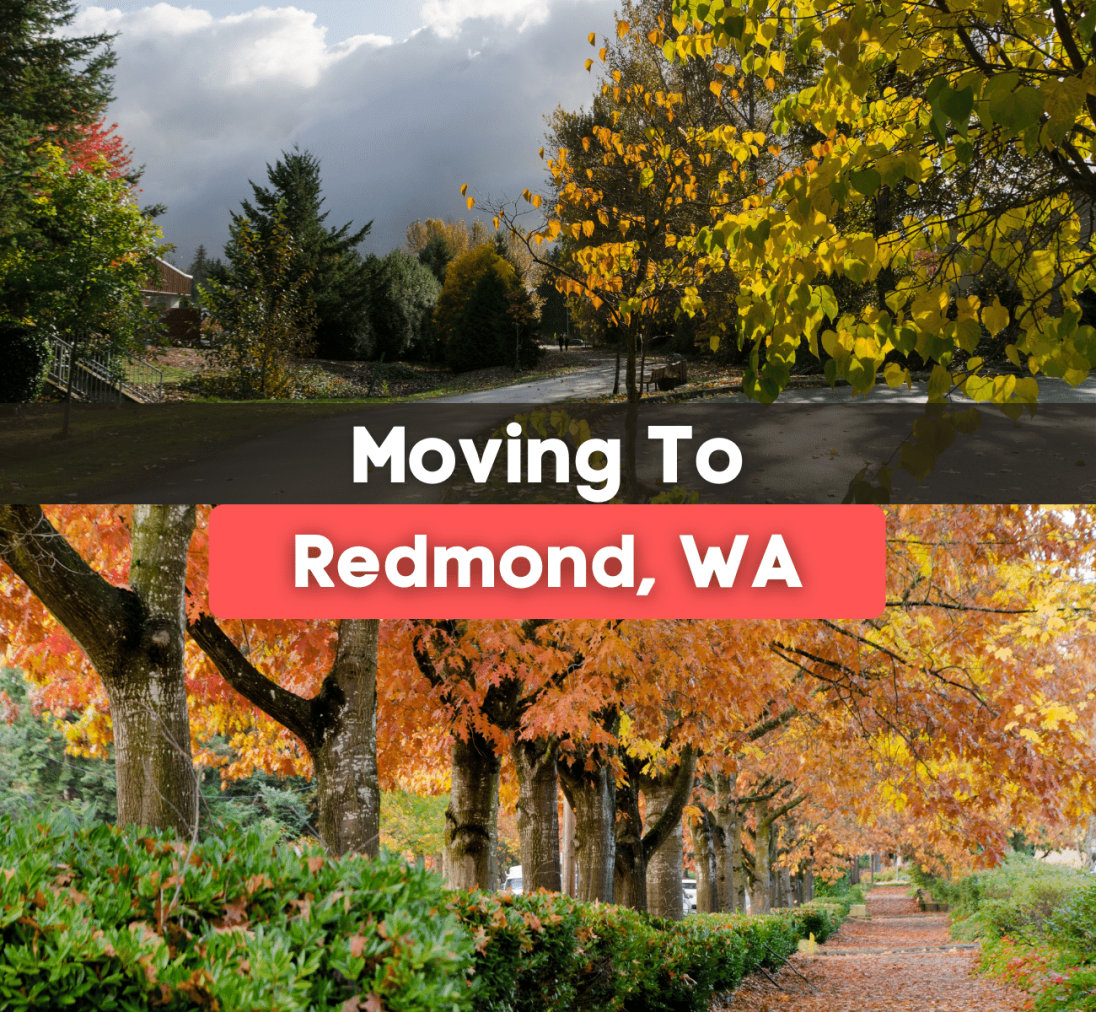 Are you moving to Redmond, WA? Make sure you know these seven things before deciding to live in Redmond!

An excellent place to live, Redmond, Washington, is a beautiful city in King County located just 15 miles east of Seattle. Considered one of the best places to live in Washington, Redmond has a growing population of over 76,000. Offering its residents a mixture of urban and suburban living, Redmond is recognized as a suburb of Seattle with a quiet and laid-back way of life.

Most famous as the home of Microsoft Corporation and other large tech companies, including Nintendo of America, many young professionals and families move here for its abundance of job opportunities. With a diverse and eclectic culture, Redmond is full of local events, attractions, shopping, and dining options that can not be found anywhere else.

Ranked as one of the best places to retire in Washington by Niche.com, there are nearly 10% of Redmond residents over the age of 65. With access to top doctors and recreational activities, it is no wonder that Redmond is named one of the best cities in the nation for retirement.

This guide is for you if you are moving to Washington and considering Redmond as your new home. We have compiled a list of the top things you should know about living in Redmond to help make your moving decision easier. Keep reading to learn more! 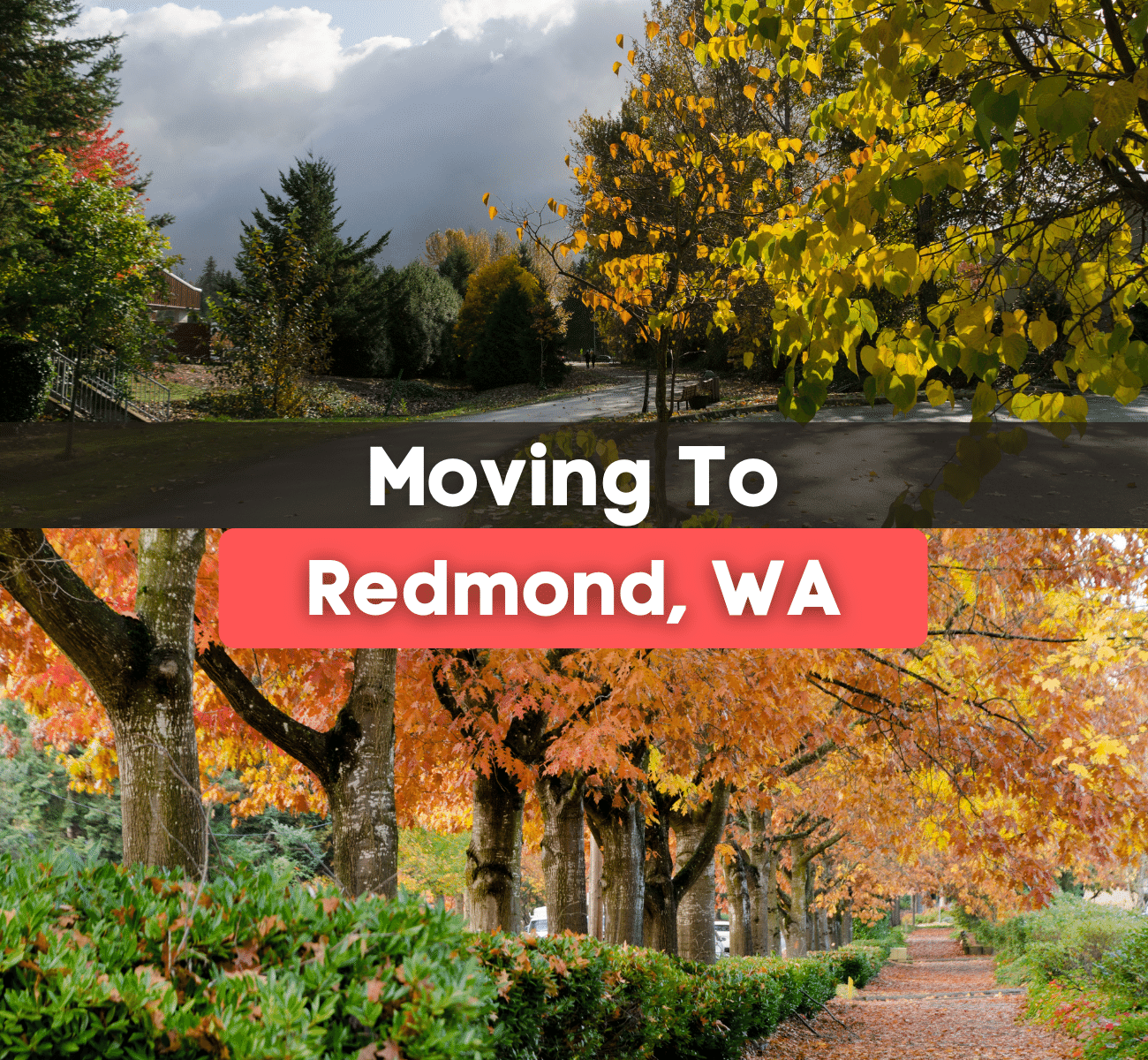 Here are the seven things to know about life in Redmond!

The cost of living is one of the most critical factors when relocating to a new city since the cost of living is the amount an individual needs to cover basic expenses such as food, housing, taxes, and healthcare. Slightly cheaper than living in Seattle but still considered to have a high cost of living, Redmond has a cost of living that is 52% higher than the national average.

Though Washington state does not have a personal or corporate income tax that helps high-income earners save more money, Washington sales taxes are extremely high at 9.29%, the fourth highest in the nation.

Best known as the home of Mircosoft and Nintendo of America, Redmond is the location of many businesses, from small start-ups to large corporations. As a center of technology, aerospace, and biomedical companies, Redmond is often referred to as the "Tech Capital" of Washington state since numerous software, and high-tech companies operate out of Redmond, including Accenture, Aerojet, and Honeywell International Inc.

The median household income in Redmond is $99,586 a year, and the average income of a Redmond resident is $50,787 a year. Some of the best companies to work for in Redmond include Facebook, Lake Washington School District, Pactera Technologies Inc, Eurest Dining Systems, and MSN.

On average, Redmond receives 41 inches of rain annually, with 7.1% more rainy days than Seattle. Redmond only has 155 sunny days per year, while the United States average is 205 sunny days. Current residents and individuals considering moving to Redmond should always have an umbrella and raincoat.

Receiving an average of four inches of snow per year, the snowy period in Redmond lasts from 1.6 months, from December to January. The most snowfall in Redmond generally occurs in January. 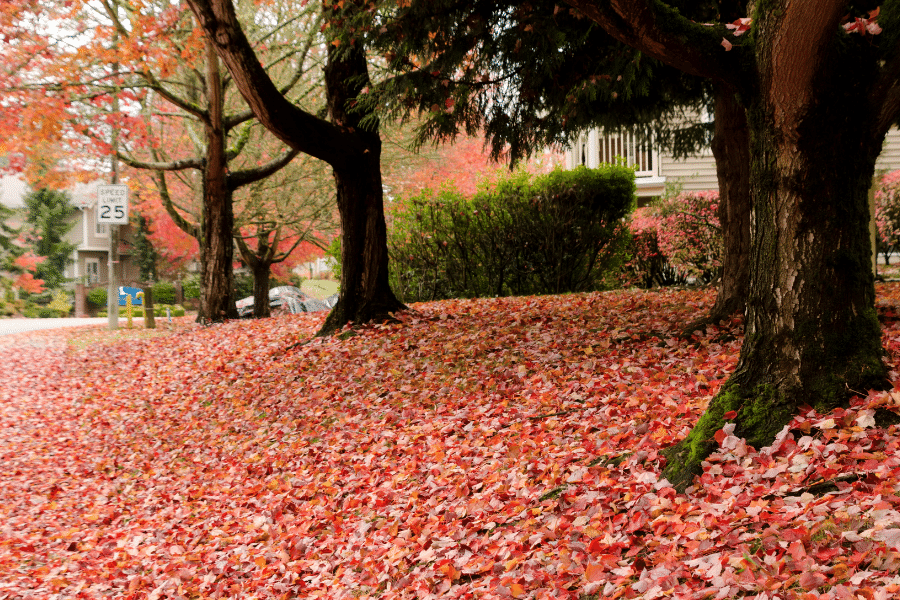 Unfortunately, Redmond is not one of the safest places to live in the country. With a crime rate of one in 40, Redmond has a crime rate higher than 68% of other cities in Washington state. The crime rate in Redmond is 4% higher than the national average. On the plus side, violent crimes are 74% lower in Redmond than the national average, and crime in Redmond has decreased by 11% over the past few years. Make sure to refer to our Living Alone: Home Safety Checklist for tips on how to stay safe.

Offering beautiful views and some of the best outdoor recreation opportunities in the state, Redmond is a lovely place to live for nature lovers and explorers. Known for its extensive park and trail system throughout the city and King County, there are 47 parks in Redmond with 1,351 acres of land and up to 59 miles of public walking trails that residents can take advantage of. Great for all ages, interests, and abilities, Redmond residents can spend time outdoors hiking, biking, horseback riding, swimming, kayaking, paddle boarding, and playing recreational sports.

For those interested in recreational activities and classes throughout the year, indoor and outdoor opportunities are offered throughout the city's parks and community facilities. Classes include tennis, yoga, cycling, Tai Chi, and horseback riding. For more information about signing up for Redmond recreation activities, visit the Redmond Parks and Recreation website. 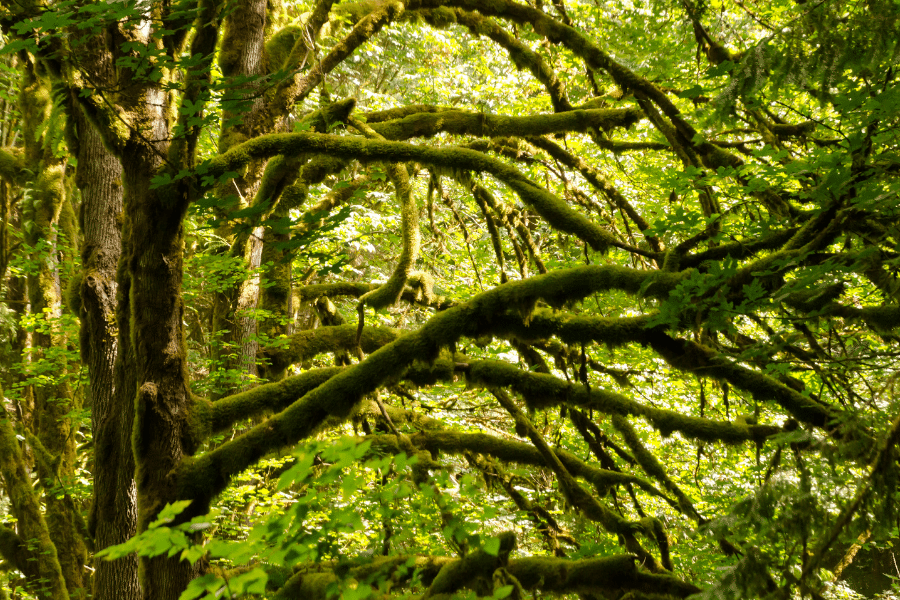 There is no better place to discover great food than in Redmond, Washington. Redmond is home to various highly-rated restaurants serving multiple cuisines, from five-star dining establishments to family-owned local eateries. Known for its bold flavors and ethnic influences due to the city's diverse culture, most restaurants in Redmond focus on using local, fresh ingredients to create mouthwatering dishes that satisfy any craving.

Whether you are in the mood for a gourmet meal or homemade comfort food, Redmond is home to some of the best dining experiences in all of Washington state. Since Redmond is located near the coast and only 15 miles east of Seattle, the city is also known to specialize in fresh-caught seafood.

Dine at these top-rated restaurants in Redmond, WA:

One of the best ways to get to know Redmond is to participate in its many community events held throughout the year. Offering two signature events each year, including Derby Days and Redmond Lights, free and open to the public, there is always something fun to do with the whole family without having to venture far from home. The fun never ends in Redmond, from live music events to holiday celebrations.

For more information about upcoming events and how to host your own event in one of the city's public spaces, visit the Redmond events website. 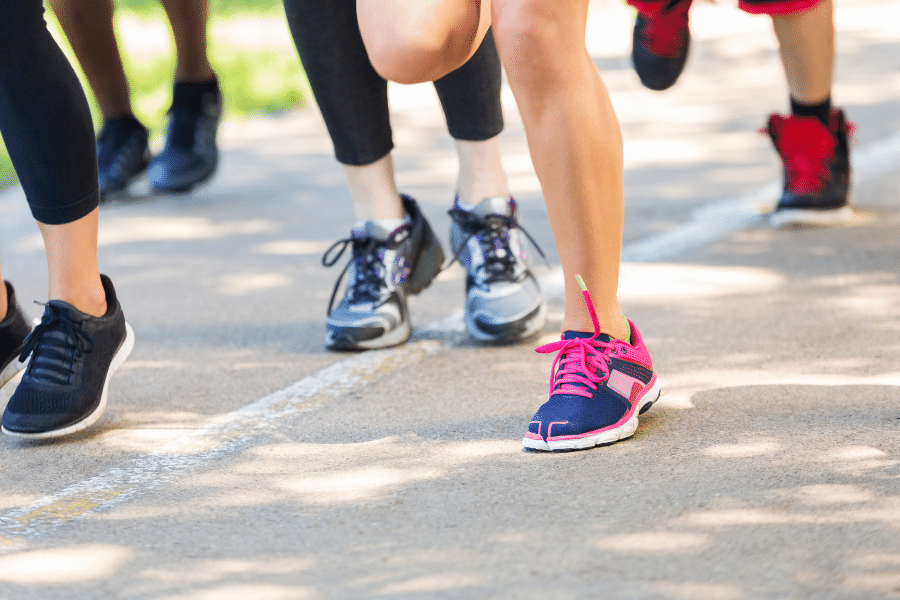 Attend these unique and fun events in Redmond, WA:

Pros and Cons of Moving to Redmond 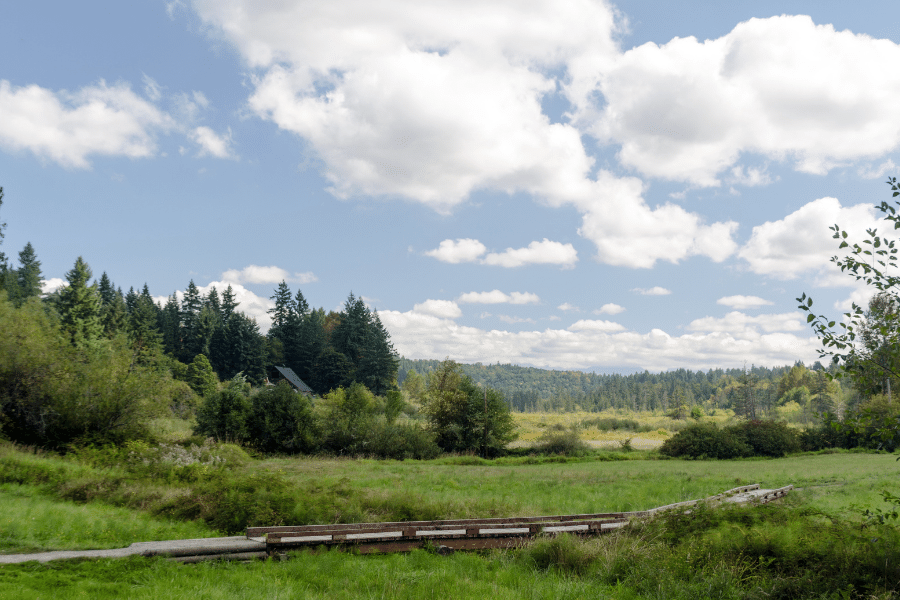 Are you ready to move to Redmond, WA?

Whether you are moving to Redmond for work or simply for a change in scenery, there is no denying that Redmond is a wonderful place to live in Washington state. Full of beautiful parks, delicious restaurants, and community events, there is always something to do in Redmond, no matter your age or interest.

Due to its proximity to Seattle, many families and individuals choose to move here for its quiet suburban living and high safety rating. Offering many opportunities to walk and bike throughout town, Redmond is truly an outdoor lover paradise outside a large city center.

If you or anyone you may know is interested in homes for sale in Redmond, make sure to contact us here at UpHomes to get in touch with one of our knowledgeable and friendly Real Estate Specialists. No matter your price point, location, or property type preferences, we are here to help you through every step of the home-buying process.