7 Best Neighborhoods in Redmond, WA: The Best Places to Live

Best Places to Live in Redmond

Are you moving to Redmond, WA? Here are seven of the best neighborhoods in Redmond with local information on the top places to live!

If you are moving to Redmond, Washington, you probably wonder where you should live. Located in King County, just 15 miles east of Seattle, Redmond is most famous as the home of Microsoft Corporation, Nintendo of America, and numerous other large companies. Offering a diverse and eclectic culture, Redmond is full of events, attractions, and sought-after amenities that make it a unique place to live in Washington state.

Considered one of the best places to live in Washington, most residents own their homes, and Redmond provides a mixture of urban and suburban living to its residents. Cheaper than living in Bellevue, Redmond is known for its safe neighborhoods and friendly communities that welcome new neighbors from all backgrounds. A great place for families and young professionals to call home for its excellent education and job opportunities, there are plenty of single-family homes for sale in Redmond and luxury homes for sale in Redmond to choose from.

So whether you are searching for a quiet and laid-back neighborhood near tons of outdoor recreation activities or would instead search for a lively area close to downtown, there is no wrong choice when it comes to finding your dream home in Redmond. Luckily, our team has put together this Remond neighborhood guide to help narrow your options and make your home search easier.

Keep reading to learn about the seven best neighborhoods in Redmond, WA! 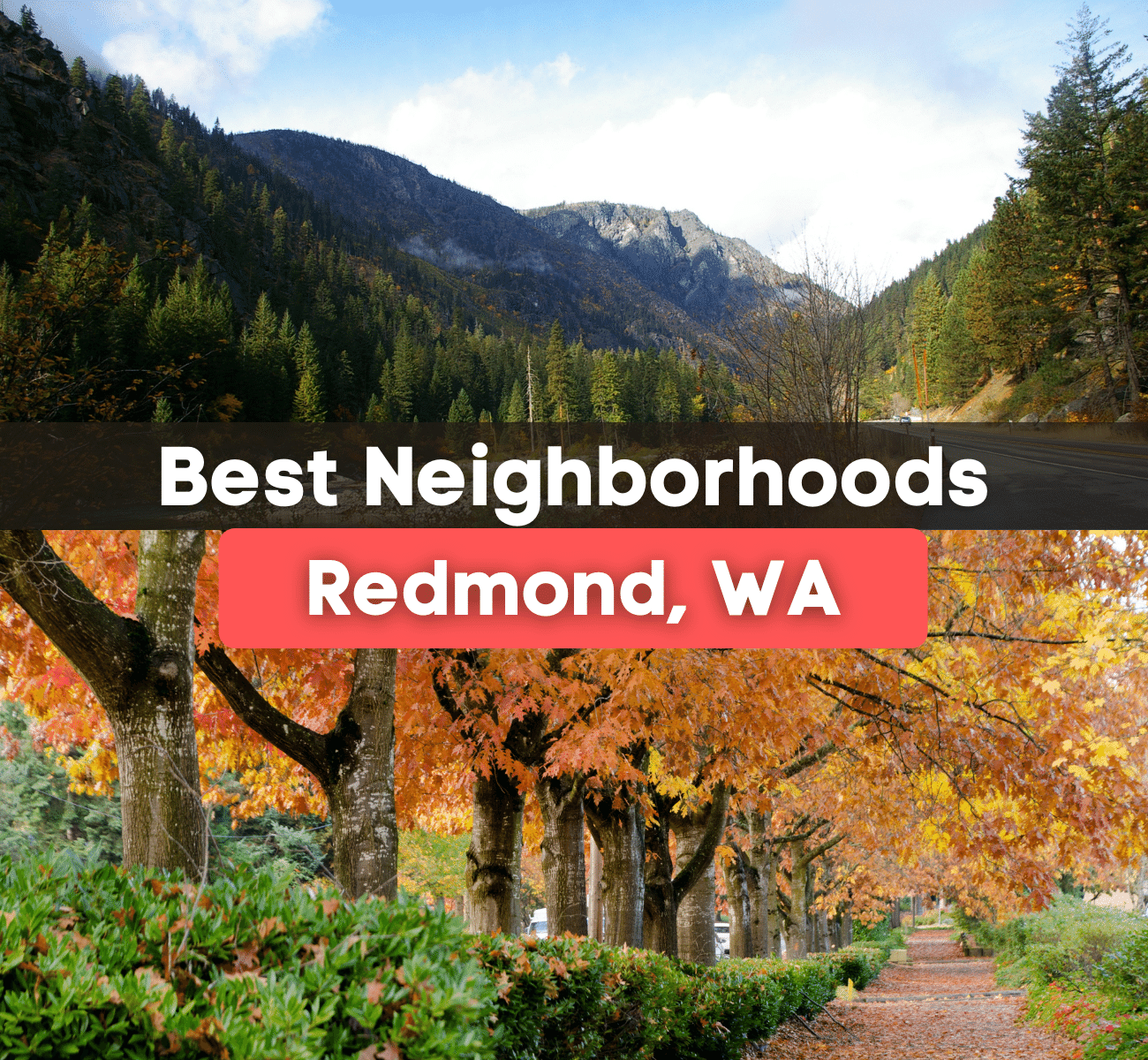 As Redmond's most prominent residential neighborhood, Education Hill in King County is centrally located in Redmond. Overlooking Sammamish Valley to the west, Bear Creek Valley, and the Cascade Mountains to the east, the neighborhood of Education Hill is located on top of a hill which is why its area is so cohesive and extensive. This mature neighborhood is home to over 17,657 people, full of beautiful tall trees and community parks.

Education Hill is named for its multiple highly-rated schools that can be found in the area, including Redmond High School, Redmond Junior High, Horace Elementary School, and Rockwell Elementary School. Many families and young professionals are moving here since this neighborhood provides its residents with a mixture of urban and suburban living.

The neighborhood of Overlake is located in the central hub on the Eastside and is found in southern Redmond, just three miles from Downtown Bellevue. With a population of over 13,398 people, Overlake is consistently considered one of the best neighborhoods in Redmond and King County. Undergoing significant growth, this neighborhood is home to a vibrant and lively urban center and is most notable for its wide selection of beautiful single-family homes.

It provides its residents with a mixture of urban and suburban living, plenty of trendy restaurants, hip coffee shops, and safe neighborhood parks nearby. For those looking for convenient public transportation options while living in Overlake, the Light Rail will connect to the neighborhood beginning in 2023. 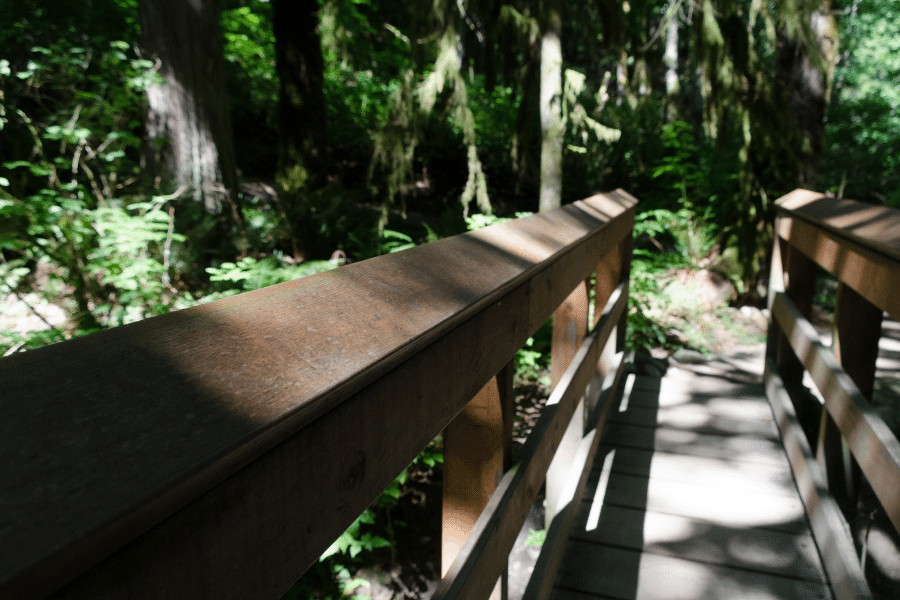 With a population of over 4,500 people, Sammamish Valley offers its residents an urban way of life. Attracting many families and young professionals to the area, most residents rent their homes. This neighborhood is considered a town research, manufacturing, and development area and provides multiple recreational and agricultural uses.

Located in the city's heart, Downtown Redmond is home to nearly 6,000 residents. Considered to be one of Redmond's designated regional growth centers, this neighborhood is home to many delicious restaurants, hip bars, independent bookstores, cozy coffee shops, and small boutiques.

Downtown Redmond is a famous commercial district that offers plenty of shopping and dining options and green space with athletic fields. One of the city's most walkable neighborhoods, Downtown Redmond offers wide sidewalks, paved walking trails, and biking trails connecting nearby areas.

For those moving to Redmond searching for a job, Downtown Redmond has thousands of jobs available since it is the location of most of the city's large companies and successful businesses. Many young professionals choose to live in this neighborhood for this reason alone. 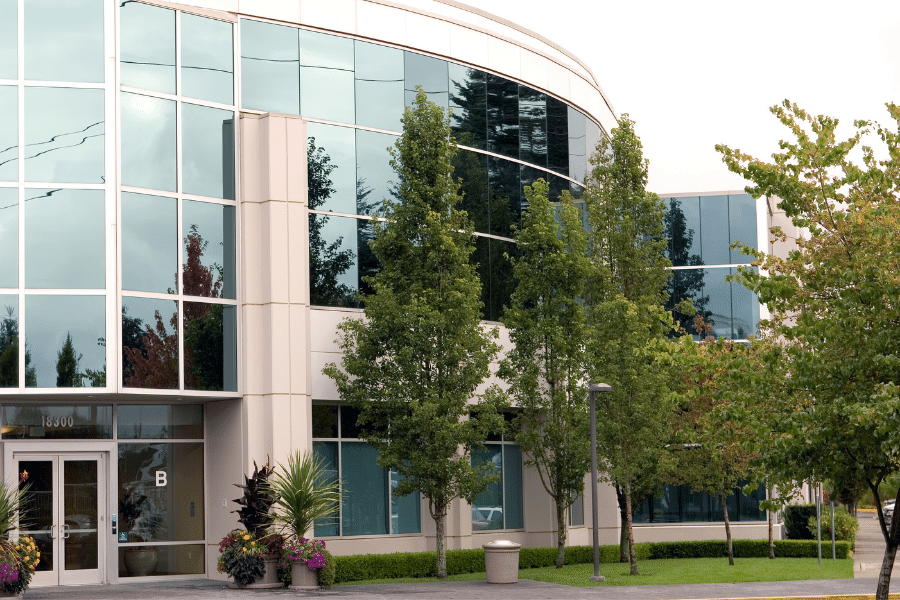 The neighborhood of Southeast Redmond is found near Marymoor Park and Washington State Route 520 to the west and by Evans Creek and Bear Creek to the North. With a population of over 5,300 people, Southeast Redmond in King County is one of the best neighborhoods in Redmond for its highly-rated public schools, good diversity, and family-friendly atmosphere.

Rated as one of the best places to live in Redmond to buy a house, most residents own their homes. Offering a mixture of urban and suburban living, many families and young professionals love to call Southeast Redmond home for its abundance of delicious restaurants, cozy coffee shops, well-maintained parks, and exciting nightlife opportunities.

Located just southeast of Downtown Redmond, this picturesque and quiet neighborhood is on the northernmost shore of Lake Sammamish. For those moving with school-aged children, some of the top public schools that serve Southeast Redmond include Ella Baker Elementary School, Eastlake High School, Tesla STEM High School, and Redmond High School. 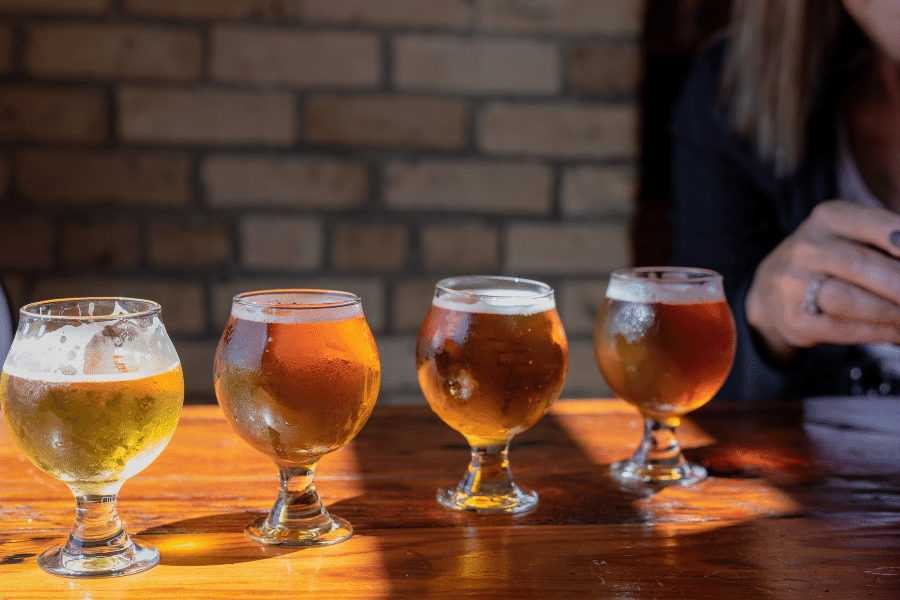 Home to a population of over 9,200 people, the neighborhood of Grass Lawn in King County is a great place to live in Redmond, offering its residents a mixture of urban and suburban living. Considered to be one of the best places to live in Redmond for families and young professionals due to its low crime rate, highly-rated schools, diversity, and several sought-after amenities, it is no wonder that Grass Lawn is such a popular place to live in the city.

Home to an abundance of top-rated coffee shops, restaurants, parks, and outdoor activities, residents will never be bored living in Grass Lawn. Best known for its tight-knit community and friendly neighborhoods, Grass Lawn, is a beautiful neighborhood in Redmond that always has something to do. Many Microsoft and Nintendo of America employees choose to live in Grass Lawn due to its proximity to several corporate offices.

For those moving with school-aged children, some of the best schools that serve the neighborhood include International Community School, Ella Baker Elementary School, and Redmond High School. Some top-rated private schools near Grass Lawn include The Overlake School, The Northwest School, and The Bush School.

For those looking to rent a home, the average rental price in Norkirk is $3,294, 83.8% higher than other rental prices in Washington state. Most real estate in Norkirk comprises medium-sized single-family homes with an average of three to four bedrooms. There are also several studios, one-bedroom, two-bedroom, and three-bedroom apartment complexes, and high-rise apartments in Norkirk.

Since Norkirk is considered an established neighborhood home to well-to-do families and business professionals, many homes in this neighborhood were built between 1970 and 1999. Since Norkirk is such a popular place to live, home and apartment vacancies are lower than 47.3% of other areas in the United States. While Norkirk is a relatively walkable neighborhood, most residents choose to own a car since the average commute time to and from work is between 15 to 30 minutes. 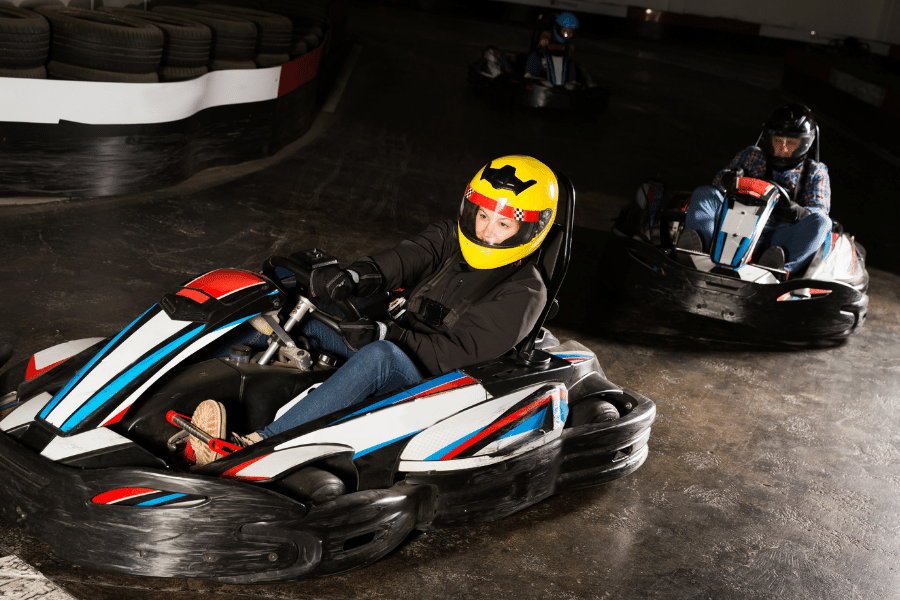 Whether you are relocating for a new job opportunity or the great weather, Redmond is an excellent option if you move to Washington. Since there are so many fantastic neighborhoods and communities to choose from in Redmond, choosing just one that meets your expectations can be challenging. That is why with the help of our Real Estate Specialists, you will find the home of your dreams in a neighborhood that best suits your needs no matter your price point.

If you are interested in searching for homes for sale in Redmond, contact us today to start your home-buying journey. We are always here to help and are ready to answer any questions about the home-buying process or life in Washington state. For more information about moving or buying a home, please refer to our other local area guides on our website.