Do you love playing golf and are moving to Georgia? We've got you covered with the five best golf courses in Georgia!

Georgia has a long golf tradition, with many options for golfers of every age and skill level. You will find public, private, and courses where the professionals play in the Peach State.

When golfers think of Georgia, they typically think of Augusta National. Since it is home to the Masters, Augusta is the state's official golf course. You will have a tough time getting a game there. However, the state is home to more than just Augusta. Georgia offers hilly, historic, and beautiful courses all over the state, so there is no shortage of excellent courses.

Bobby Jones, golf's most outstanding amateur, calls Georgia home, putting the state on the map from the get-go in the golf world. The Georgia State Golf Association administered about 350 golf clubs and was initially formed in 1916 to hold the state amateur championship. 14-year-old Bobby Jones won the first one. He would eventually become the only player to win The Grant Slam: The Open, US Open, The Amateur, and US Amateur.

Georgia is home to more than 500 golf courses, many receiving top honors for their facilities. Centered around Atlanta, you've got East Lake Golf Club, the Atlanta Country Club, Peachtree Golf Club, and The Highlands Course at Atlanta Athletic Club. Meanwhile, head to the coast and check out Sea Island Golf Club, Golf Club at Savannah Harbor, Reynolds Lake, and many more.

Georgia's 100 miles of coastline, beautiful weather, and gorgeous forests make it the perfect state for golf all year round. If top-notch golf courses are what you are looking for, look no further than Georgia. Keep reading to see the five best golf courses in the Peach State! 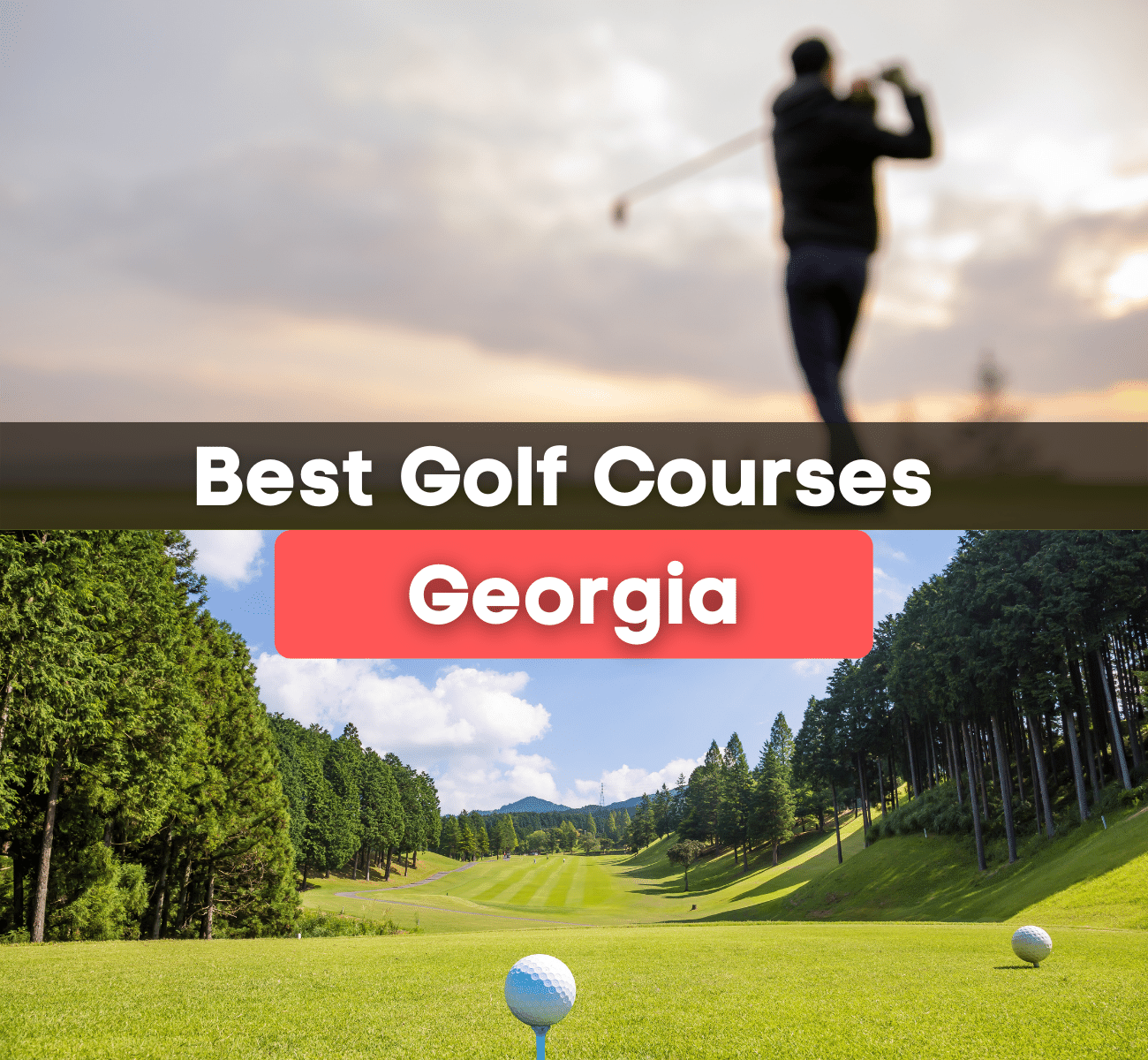 Georgia's crown and jewel is Augusta National Golf Club, which hosts the Master's Tournament every spring, an event that has taken place since 1934. The Masters is the only Major to be played on the same course yearly. No club has made as many improvements to its course as this one has over the decades to keep it competitive.

Augusta has designs by several famous course designers, including greens from Perry Maxwell, water hazards from Trent Jones, routing by Alister Mackenzie and Bobby Jones, some Jack Nicklaus mounds and swales, and extensive re-bunkering and tree planting by Tom Fazio.

Augusta National is one of the world's most exclusive clubs, which most people will unfortunately never get to play. Augusta National only has about 300 members at any given time, and membership is by invitation only. Past members have included US presidents, business icons like Bill Gates and Warren Buffett, and famous golfers.

You can get tickets to the Masters during the first week in April to watch the pros. Every year, the winner receives the famous green jacket. Kids between the ages of 8 and 16 can also attend the tournament free if accompanied by an adult ticket holder. Fun fact - every year, the reigning Masters Champion gets to choose the menu for the Champions Dinner, which is hosted on Tuesday before the Masters begins.

The course boasts closely cropped green turn and broad fairways adorned with pine trees and white sand to give it a clean appearance. Something this course does exceptionally well is keeping up with the times. Every year after the Masters, changes are usually made to one or two holes to increase their playing value. Some of the most work has been done to the 11th and 16th holes which used to be the most accessible par four and three but are now potentially the most difficult.

Stretching 7,445 yards with a slope of 148, this course is also known for its beautiful plants, slick greens, and exclusivity. Bobby Jones and Alister MacKenzie intended for Augusta National to mirror the strategic options of the Old Course at St. Andrews. Almost every hole at St. Andrews and Augusta National offers a safe and riskier route to the green. However, recent tree planting and narrowing of corridors have changed that a bit. 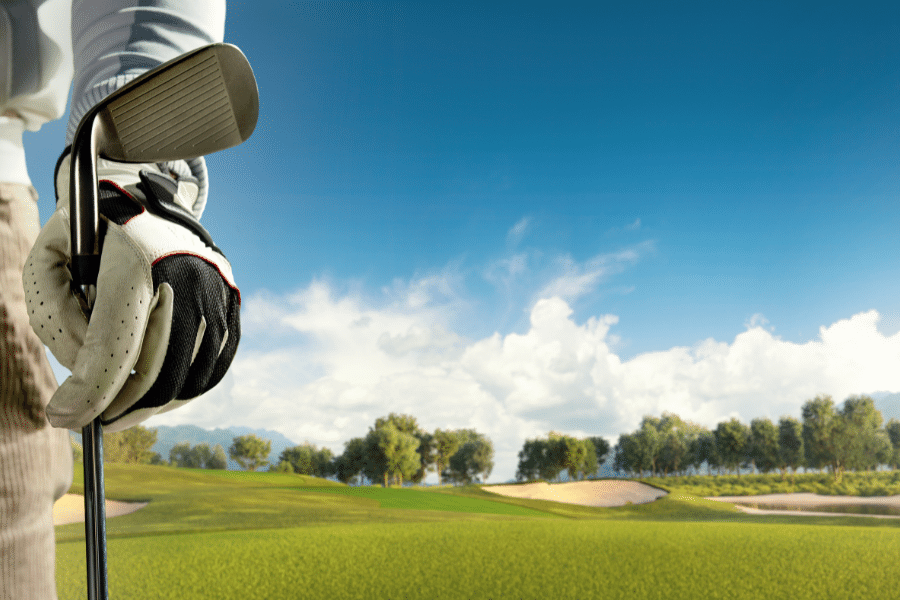 Bobby Jones and golf architect Robert Trent Jones designed Peachtree Golf Club. When it opened, it measured more than 7,200 yards which was very long for that period. It had the most extended tees in America and the country's largest greens. Many of Trent Jones' ideas for this course were focused on designing for future equipment advances. Now, the system measures about 7,414 yards with a slope of 141.

Peachtree is a private course located in Atlanta. Bobby Jones lived in Atlanta and wanted to create a local system equal to the one he founded at Augusta National. It was completed for play in October of 1947. However, Bobby Jones never got to play his course because the following year, he was diagnosed with a spinal condition that eventually paralyzed him.

This course resembles August National with its azaleas and dogwoods in bloom and tall pine trees. The fairways follow the landscape and may lead to huge greens guarded by sand, water, or both.

On the back nine, the par-5 10th hole offered one of the largest greens in the country when it was first built. The course has been renovated and improved immensely over the years. The fairways were converted to zoysia grass, and tree pruning has allowed for better views and a cleaner look. The bent-grass greens are fast and well-bunkered. There are several lakes and a creek on the course to offer players water challenges. If you are prone to losing balls, make sure you bring extra!

The signature hole is the par-3 4th hole which is 166 yards.

Located in Atlanta and designed by Donald Ross, the East Lake Golf Club measures 6,886 yards. Tom Bendelow originally designed the course on the site of an old amusement park for the members of the Atlanta Athletic Club and opened for play in July 1908.

In 1913, Donald Ross redesigned the course by creating two loops of nine holes, then returned in 1930 to design a second East Lake course.

Beverly Hanson won the 1950 U.S. Women's Amateur on this course. George Cobb made some alterations to the course before the Ryder Cup. East Lake Golf Club hosted the 1963 Ryder Cup matches between the USA and Great Britain. East Lake has also held the 2001 US Amateur Championship and is a host venue for the season-ending Tour Championship.

East Lake had a rough time after 1963 because the Atlanta neighborhood fell into urban decline. The club was sold to developers, and in the early 1970s, public housing was built on the site of the No. 2 course. The area became known for poverty, drugs, and violence. However, Tom Cousins, a real estate developer, saved the system. He revamped the club and used it as a tool to revitalize the area as well.

Instead of the housing project, it was replaced with 500 mixed-income apartments and townhouses around the golf course. In 1994, Rees Jones redesigned the course, and Donald Ross's 1926 design was returned.

Today, all the profits from East Lake Golf Club go to the East Lake Community Foundation to support the surrounding neighborhoods.

In terms of the course, the nines have been reversed so that the round finishes on a par 5. Initially, the nine holes concluded across the lake, but now they route to finish at the clubhouse. The 15th hole has one of the earliest Island green designs. 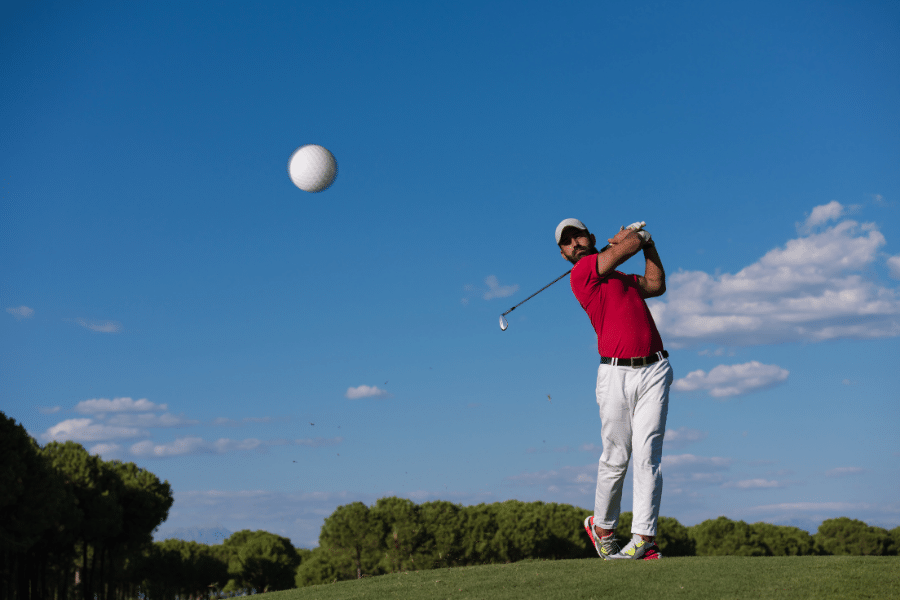 Situated in rural Cobbtown, Georgia, the Ohoopee Match Club is located on a 3,500-acre estate once used for onion production. It is on the Ohoopee River in rural Georgia, 75 miles west of Savannah. Designed by Gil Hanse, 22 holes are set out on a lakeside landscape with plenty of oak trees and wide fairways.

The four extra holes can be used on the main course to form an alternative "Whiskey Route." Holes 2 and 5 are eliminated, replaced by the four additional holes, and par fives at holes 6 and 11 become par fours. It results in a 5,610-yard par 69 course compared to the 7,319-yard par-72 Championship track. Be careful of the short par 4's - the 4th, 9th, and 14th.

The walks from green to tee are primarily short, and the holes weave together to create excellent routing. The course is surrounded by native sandy soil, vegetation, and live oaks. It is wide enough for multiple options off the tee. Agricultural buildings inspired the local community's clubhouse, lodge, and cabins.

It is important to note that the Ohoopee Match Club is a winter-season course and is open from fall through spring. It is closed during the summer months. No golf carts are allowed, and walking caddies are mandatory when you play. 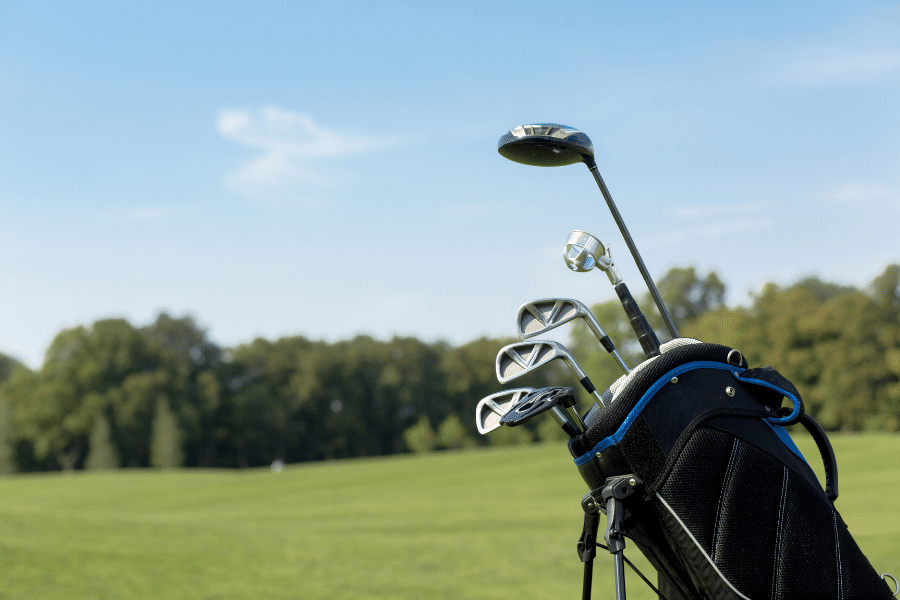 Located on the shores of Lake Oconee, the second largest body of water in Georgia, the golf course at Cuscowilla has become highly ranked within the state. It opened for play in 1996 after Ben Crenshaw and Bill Coore designed it.

The course starts and ends in a wooded area around the clubhouse, but most fairways are open within the 700-acre estate. The course resembles a Scottish-style approach with deep bunkering and native grass areas. The greens give you plenty of options when your shot goes astray.

The first five holes offer an excellent starter to the game, but the most challenging hole on the front nine is the 465-yard par-4 6th hole. The par-5 14th is another tough one on the back nine because it double-doglegs uphill. Short holes on the course include holes 3, 8, 11, and 16, which are between 133 and 233 yards. Visitors say the best two holes are the short pars 4's at holes 5 and 12. Players say this course is one where you will have to pay attention to each shot, and it never gets boring.

In a round at this course, you will enjoy shots with beautiful lake-front views, navigate through Georgia pines and play through native grass areas. The course provides Champions Bermuda greens, Tift Grand Bermuda surrounds and recently renovated greenside bunkers to offer a natural look.

The course stretches 6,719 yards at this private club, and few courses have as much range in hole distances as this one does. The club encourages players to walk the golf course to truly appreciate the game as it was meant to be played in a scenic setting. Golf Digest has highly rated Cuscowilla.

The golf course at Cuscowilla is part of residential development and offers fishing and boating if you are looking for other activities besides golf. Another perk to the resort is that it is only about 70 miles east of Atlanta. It also offers a golf academy for players of all skill levels, as young as three.

Cuscowilla is not very well known outside of Georgia, but it is highly regarded by those who know golf in Georgia. If you become a member, benefits include the golf course, the Golf Academy Learning Center, which is home to PGA Tour Instructor John Tillery, members-only dining at the restaurant, a swimming pool with Cabana and food service, 24-hour fitness facility, lighted Har-Tru tennis courts, four pickleball courts, and a full calendar of social events.

Over a century ago, the Creek Indians lived and worked on the Okoni River, called "The Great Water." Now, that part of the river is called Lake Oconee. The main goal when building out Cuscowilla was to keep the area's natural beauty and undisturbed topography.

There are other amenities offered to the community besides golf, including boating, canoeing, fishing, and kayaking along seven miles of the Lake Oconee shoreline. 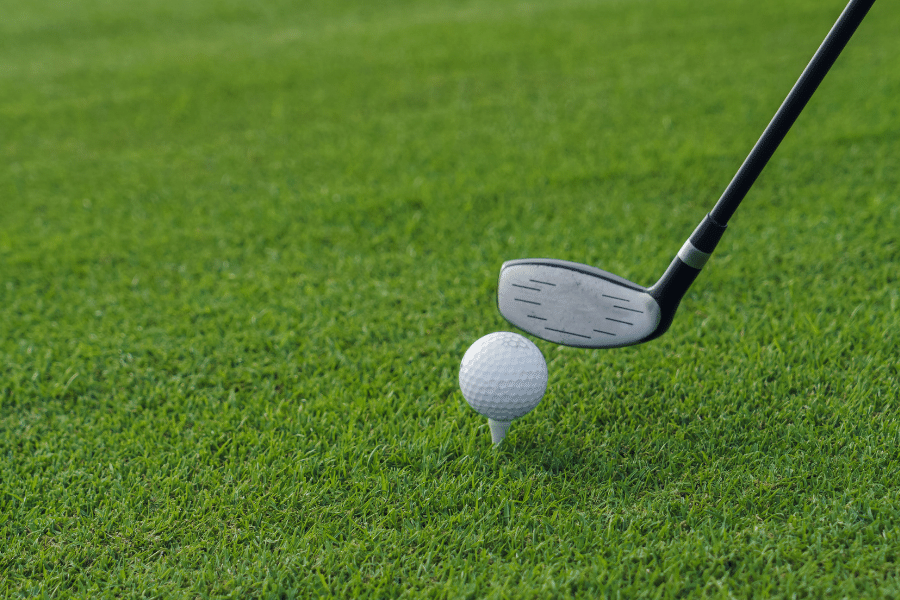 Georgia is one of the most famous states in golf. Whether you are moving to Georgia or simply visiting, there are hundreds of golf courses to play, no matter if you are a novice or professional.

Plenty of beautiful homes are available all over the state near some of the top-rated golf courses in the nation. When searching for homes for sale in Georgia, contact us today to connect with one of our Real Estate Specialists.