Life in The Bronx: 5 Things to Know BEFORE Moving to The Bronx, NY 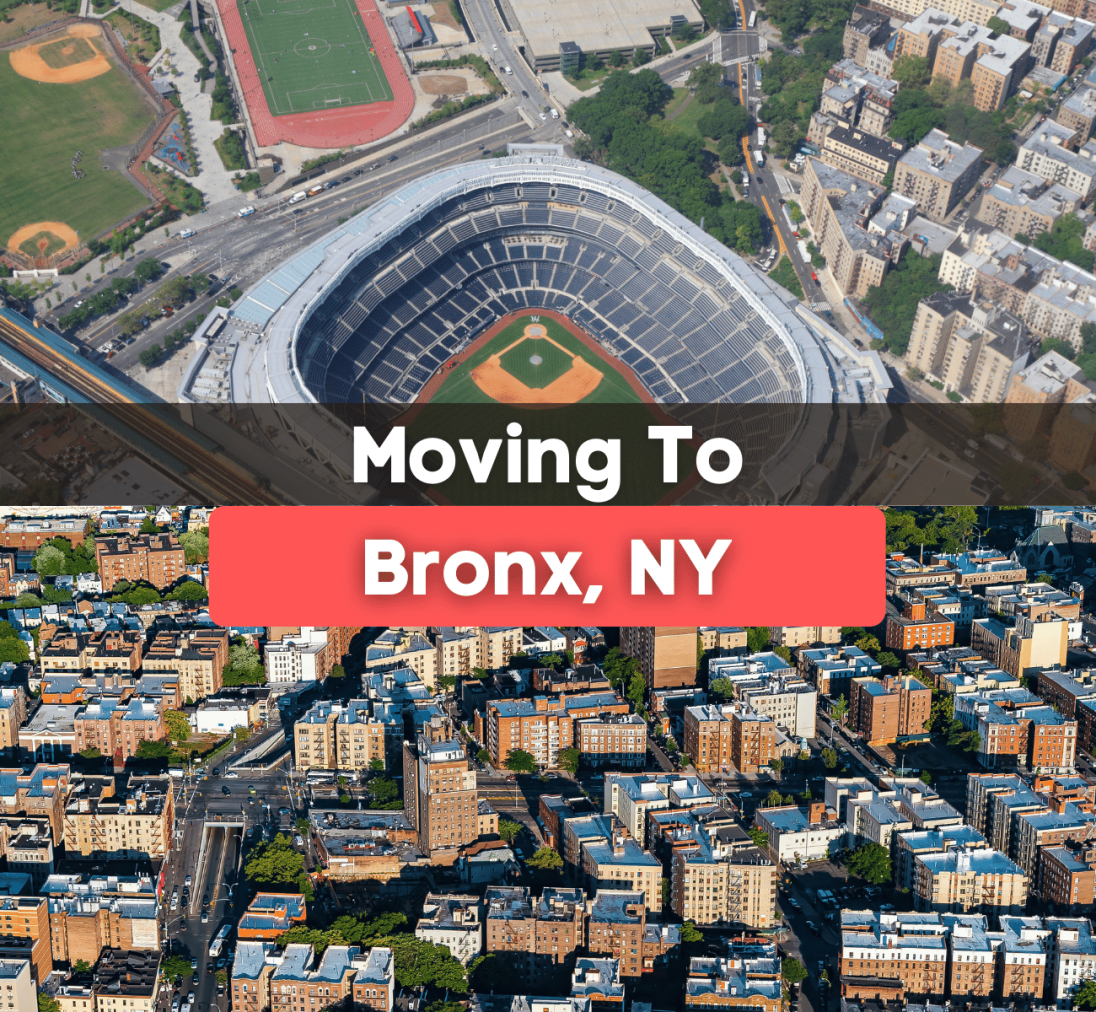 Living in The Bronx, NY

Are you moving to The Bronx, NY? Make sure you know these five things before living in The Bronx!

The Bronx is a great place to live in New York City. Home to the famous Yankee Stadium, New York City Botanical Gardens, and the largest urban zoo, The Bronx Zoo, this New York City borough is full of things to enjoy. Known as the birthplace of hip-hop and rap, many famous artists are from The Bronx, such as J Lo, Cardi B, Mary J. Blige, and many more. These artists often discuss the hardships they had to overcome living in The Bronx to become today's celebrities. But, the borough that used to be known as dangerous and a place you didn't want to end up in has been gentrified over the last decade with new housing complexes being built, parks being restored, and more people looking for affordable housing moving in. 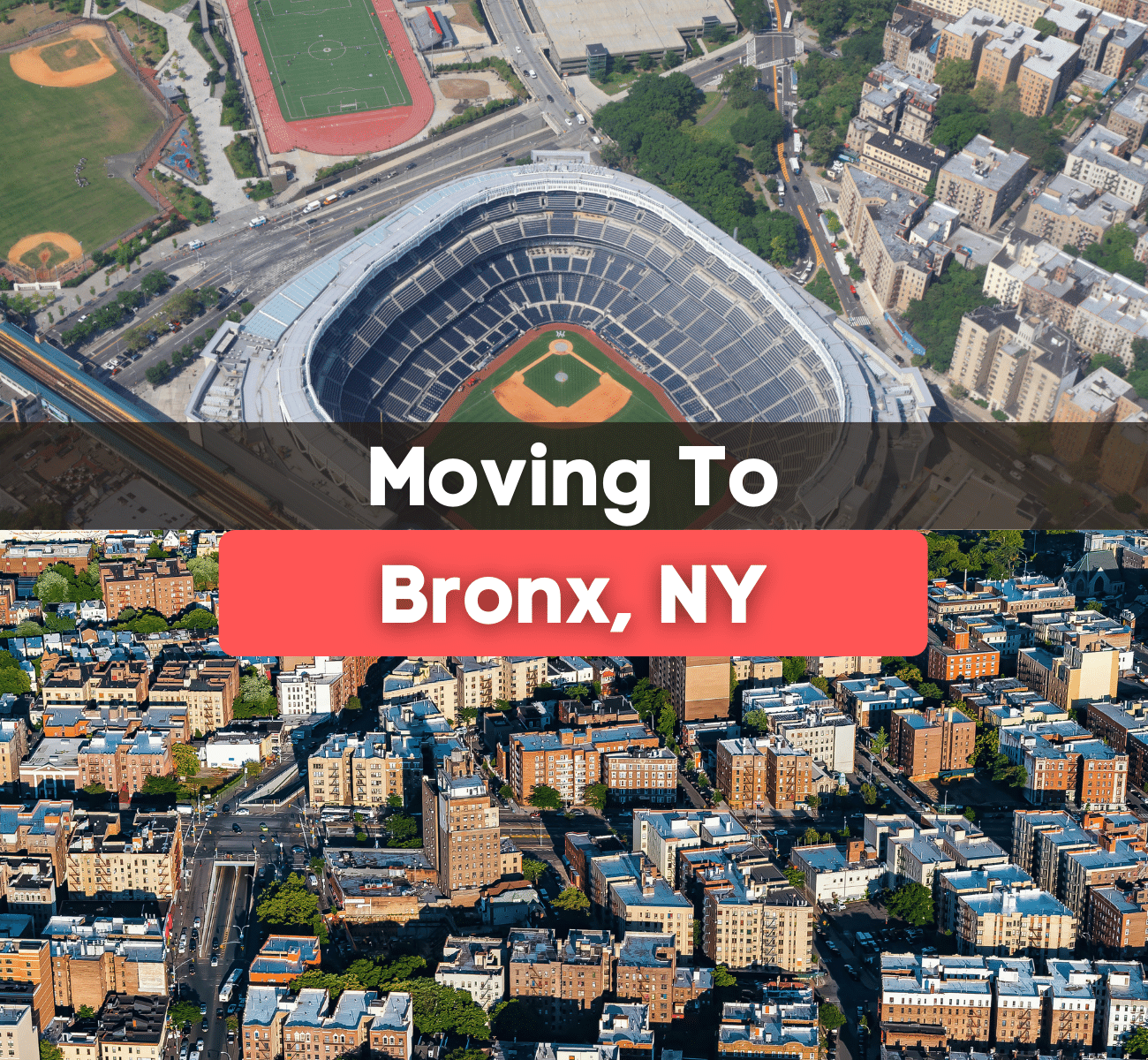 Located in the northernmost part of New York City, The Bronx has convenient transportation, access to many shops and activities, and abundant lush green spaces. With a population of 1.427 million people, the individuals that choose to live here are looking for affordable housing options with an easy commute into the city. Read below to know the five things you should know before moving to The Bronx, NY.

Here are the things that you should know about The Bronx!

The Bronx is the most affordable New York City borough, with homes being $200,000 below the NYC average. Individuals choose to live in The Bronx for a cheaper housing option while remaining in the city and accessing easy transportation.

The neighborhood of Parkchester is the cheapest in The Bronx, with a median sale price of $195,000. Morris Park is the most expensive neighborhood, with a median sales price of $615,000. Because The Bronx is the cheapest borough in New York City, the median income is also much lower, averaging around $32,688, compared to Manhattan's astonishing average of about $107,000.

See what neighborhood fits your budget the best! 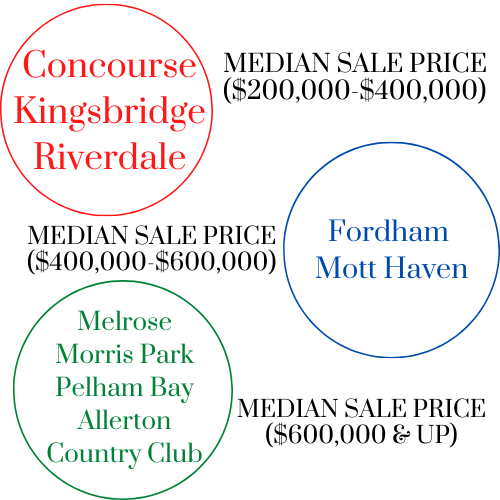 Although The Bronx is growing and changing constantly, the poverty level is also very high due to rent prices rising and the families and individuals that lived there previously being pushed out. The Bronx currently has an unemployment rate of around 15.3%, and the job market is only increasing about .6% in the past year, which is low compared to the rest of the U.S.

Income tax in The Bronx is also much higher compared to other areas being 6.2%, while the median of the rest of the country is 4.6%. These elevated costs and low job markets have caused a higher rate of poverty and homelessness in this borough.

Before moving to The Bronx, ensure that you understand housing is more affordable, but the costs of housing, goods, food, and taxes are much higher than some might expect.

Transportation in The Bronx is easy! Like in other boroughs of New York City, subways and buses that are part of the Metropolitan Transportation Authority (MTA) can help transport you from neighborhood to neighborhood or borough to borough for only $2.75 a trip. As long as you purchase a MetroCard before boarding, public transportation is easily accessible and convenient.

In The Bronx alone, there are 70 different subway stations, nine of them being express-local trains that can get you quickly to and from your destination. Buses are typically used to travel within your neighborhood or locations closer by due to their more frequent stops. But, subways are used by thousands of people daily to get to other places within your borough or any other borough within the city.

Check out what train brings you to the top 10 neighborhoods in The Bronx! 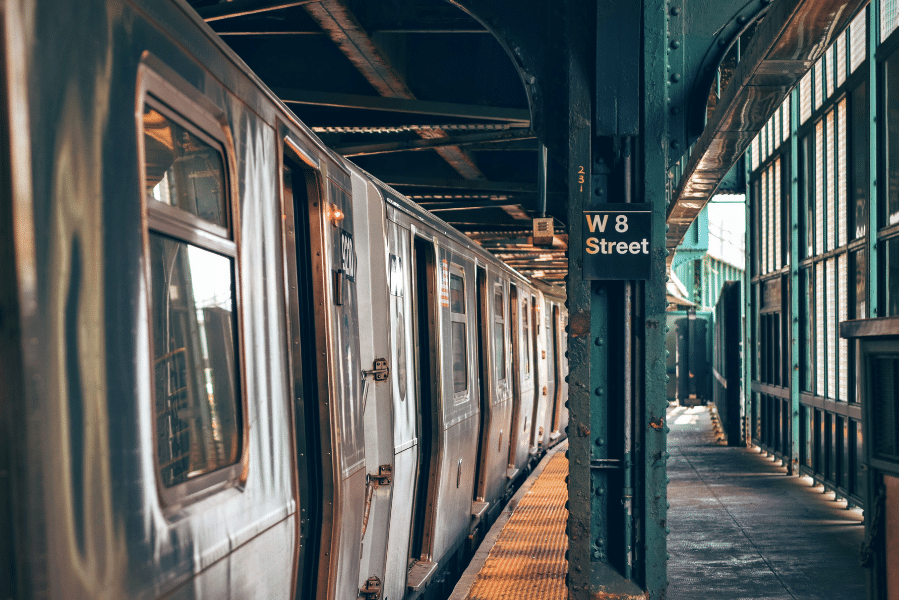 A City of Extreme-Weather

The weather in the Bronx is full spectrum, with blistering summer heat, chilling winds in the winter, to bright, artistic leaves bringing colors to the parks in the fall. No matter where you live in the Bronx you will get to experience every season in its fullest form.

The summer months in the Bronx last from June to September with average highs reaching 85 degrees. The concrete streets don't help with the heat either, reflecting the sun off of the streets and making it sometimes feel hotter.

But, in the fall season of September to December the thousands of parks in this borough become beautiful places of color and the wind provides a nice crisp chill. Temperatures typically stay at around the 60s and provide a great time to enjoy the outdoors with BBQ, hiking, and more.

Winter in the Bronx is the roughest, with temperatures dropping to the 30s and bringing an average of 26 inches of snow. Blizzards also pose a threat sometimes causing people to be locked inside their homes. Make sure to watch the weather and bring an extra pair of gloves if you plan to bare the cold during these months.

With how many gardens and green spaces the Bronx has, spring is welcomed with open arms after the rough winter months. Flowers spring through the ground everywhere, welcoming the warmer weather. But, being so close to the water the weather is also very humid throughout the year and rain falls often throughout the spring months of March to June.

No matter where you live in the Bronx you will get to experience every season, just be prepared for anything!

Tons of Things To Do

The Bronx is full of fun activities to fill your day with! Whether you want to catch a Yankees game at their home field or spend a beautiful day outdoors exploring the New York Botanical Gardens and other green spaces, it's hard not to find something to do in this borough.

Many people who haven't explored The Bronx don't realize that 1,200 parks, playgrounds, and recreational facilities exist to enjoy some time outdoors or bring out your competitive side on the courts. Of the five boroughs in New York City, The Bronx is the most covered in green spaces, with a quarter of the land being parkland alone.

Not only do people enjoy these beautiful parks for their playgrounds and courts. Many golf enthusiasts will also travel to The Bronx to play on the oldest public golf course in the country, trying out their game on the greens and experiencing a historical period for themselves.

Although New York City itself is surrounded by water, there are not many beaches or access to the waterways in other boroughs. People wanting to get away from the city and enjoy the sand will travel to one of the ten beaches or The Bronx River within the borough to enjoy some time in the water.

No matter how you want to spend your day, there is something for everyone in The Bronx.

Check out the top 10 things to do in The Bronx! 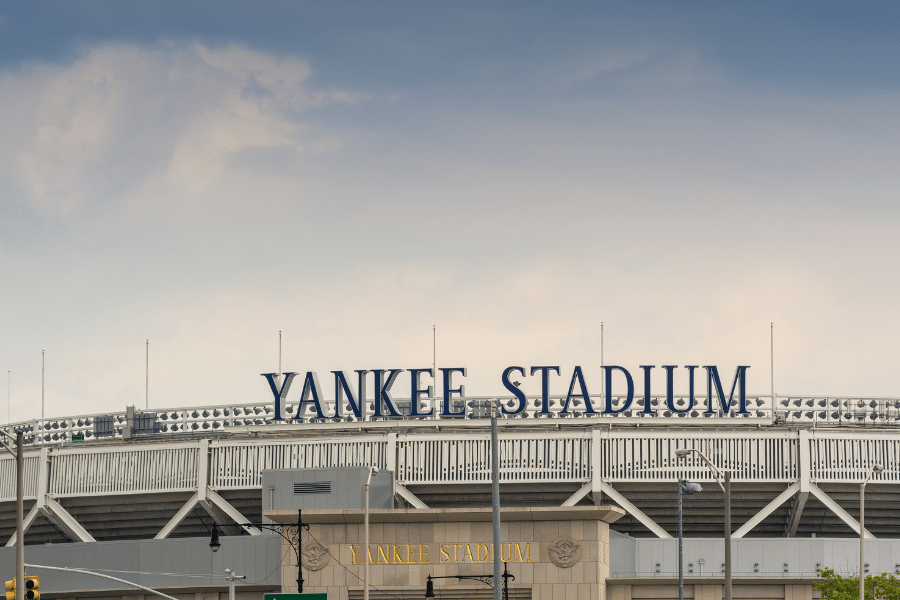 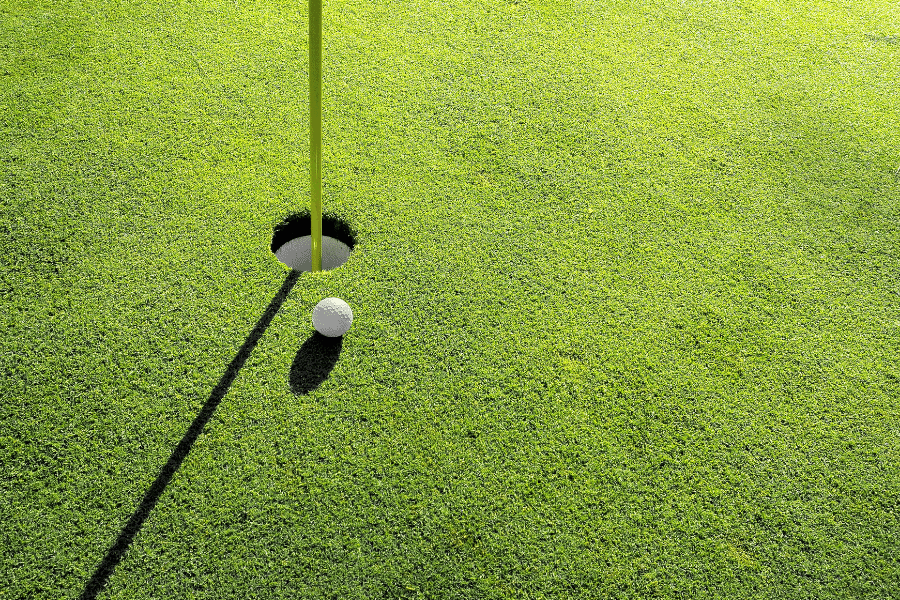 Fun Things To Do After Dark

As the birthplace of rap and hip-hop music, The Bronx has always had a vibrant nightlife culture. From clubs with blasting music and dress codes to rowdy sports bars, The Bronx has a taste of everything, and the locals know how to get down.

Unfortunately, many clubs and bars that iconic rappers today started at no longer exist. But, if you are a rising DJ, Rapper, or comedian, there are plenty of mics for you to test throughout the city. Look for one of the many comedy clubs, open mic nights, or nightclubs that offer times for up-and-coming talent.

Most people are worried about the crime rates in The Bronx nightlife. The Bronx is a crimeful and violent place, but it is no more dangerous than other urban areas of the same population. If you are worried about crime at night, try to avoid Hunts Point and Mott Haven areas known to be the most dangerous.

The most excellent part of The Bronx is Riverdale, located along the Hudson River in the northwestern part of The Bronx. This neighborhood is quiet and quaint, with many new restaurants, coffee shops, and parks popping up. But, if you stay close to prominent attractions like the Yankee stadium, you should feel safe enough to have a great time!

Find out the best places to visit at night in The Bronx below! 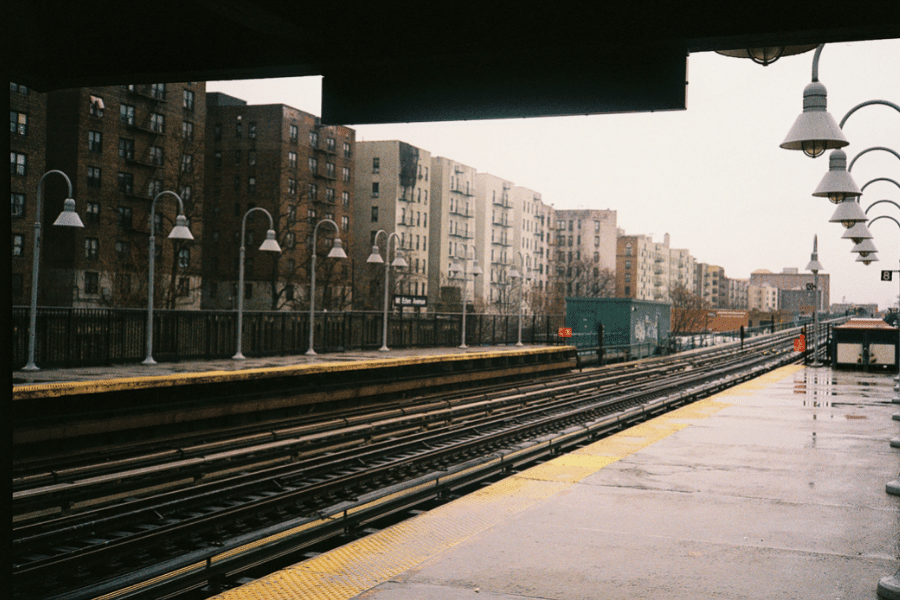 Pros and Cons of Living in The Bronx, NY

Anywhere you are going to live will have its ups and downs. Read below the Pros and Cons of living in The Bronx, NY, before making your moving decisions!

The Bronx is an affordable place for those who want to spend less on rent but still live close to Manhattan and other boroughs. Having many activities close by, easy transportation systems to navigate, and green spaces to enjoy, you could make this borough your new home in New York City.

If you or anyone else you may know is interested in homes for sale in The Bronx, make sure to contact us here to be connected with one of our friendly and knowledgeable Real Estate Specialists! Once you have decided on a budget, our team is here to help you kick start your home-buying journey. We are always here to help and are ready to answer any questions you may have along the way!